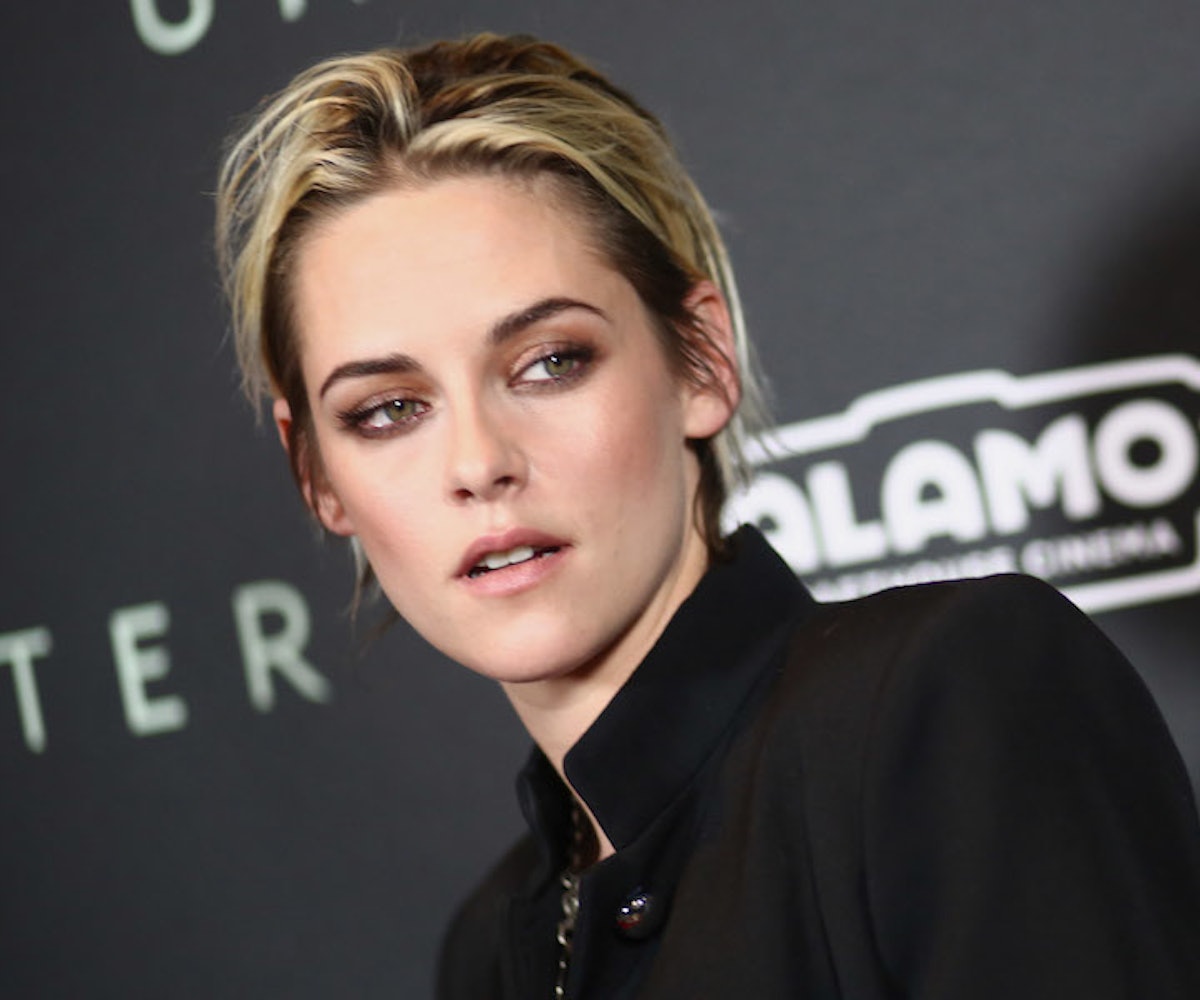 After a year and a half of development, Happiest Season, the upcoming lesbian romantic comedy starring Kristen Stewart and Mackenzie Davis, has finally rounded out its cast — and it has nabbed some of the industry's buzziest young talent for the occasion. Along with Stewart and Davis, the film will also include appearances by GLOW's Alison Brie, Schitt's Creek's Dan Levy, and Parks and Recreation's Aubrey Plaza.

Directed by Clea Duvall (who also penned the script alongside her Veep co-star Mary Holland), the film follows Stewart and Davis, a seemingly happy couple, as they travel to Davis' childhood home to attend her family'sannual holiday party. While there, Stewart's character has made grand plans to propose to Davis' character, but she quickly finds out that the deed may be much easier said than done when she discovers that Davis' character has not yet come out to her conservative parents.

Shot on location in Pittsburgh, Pennsylvania, the film will also star the Oscar-winning Mary Steenburgen and the Emmy-nominated Victor Garber as Davis' conservative parents, as well as Ana Gasteyer, Burl Moseley, Sarayu Blue, and Jake McDorman in roles that have yet to be disclosed. Either way, with so much talent on one set, we can safely bet that these actors will hit any role they're assigned out of the park.

Happiest Season is scheduled to hit theaters on November 20, which means it will be released just in time for you to force your family members to follow up their Thanksgiving feast with a joyful queer rom-com featuring a superb cast. What could be better?