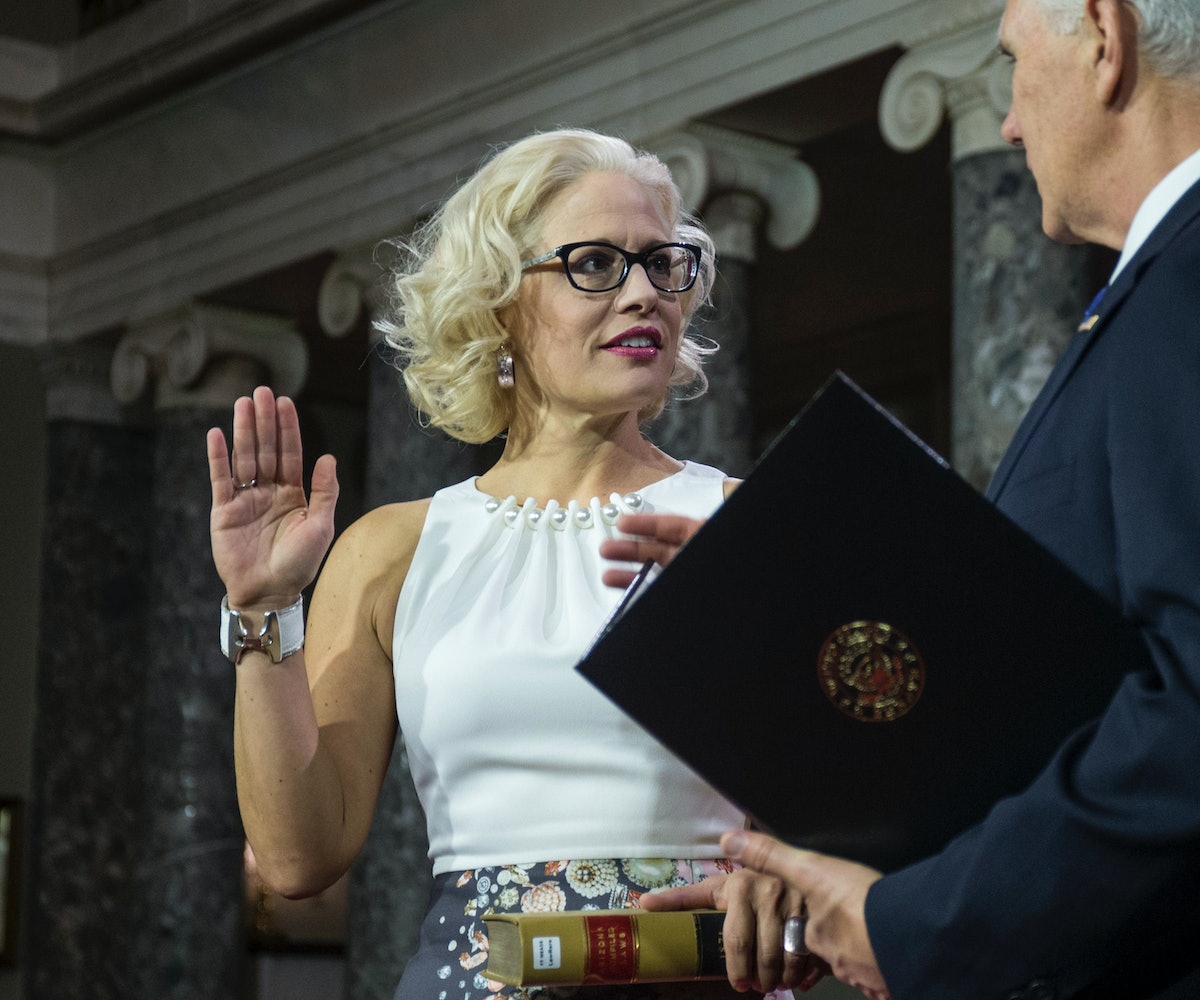 Kyrsten Sinema was sworn into Senate yesterday, becoming the first openly bi senator in history. She is only the second queer senator in history, following Senator Tammy Baldwin of Wisconsin, who is a lesbian. Mike Pence, vice president and noted homophobic bigot, conducted the oath of office as Sinema held her hand on a book of law rather than a Bible.

The Hill reports that Sinema is religiously unaffiliated—the only senator identified as such—but that this was not the reason she chose to opt out of swearing in on a Bible. "Kyrsten always gets sworn in on a Constitution simply because of her love for the Constitution," her spokesman John LaBombard explained to The Arizona Republic. LaBombard also confirmed that the book she was sworn in on was filled with U.S. and Arizona constitutional texts.

Although she did not use the Bible, Pence still invoked the usual religious jargon that is standard in the oath of office, concluding his statement with "so help you God." He did not publicly comment on the law book during the ceremony and stated that he looks forward to working with her following the oath.

Gay Twitter was living for Sinema's enthusiasm during her swearing in, pointing out the absolute looks that she's been serving since coming to Washington, D.C. Congress certainly did get a lot more fashionable this year, and, more importantly, a lot more progressive.