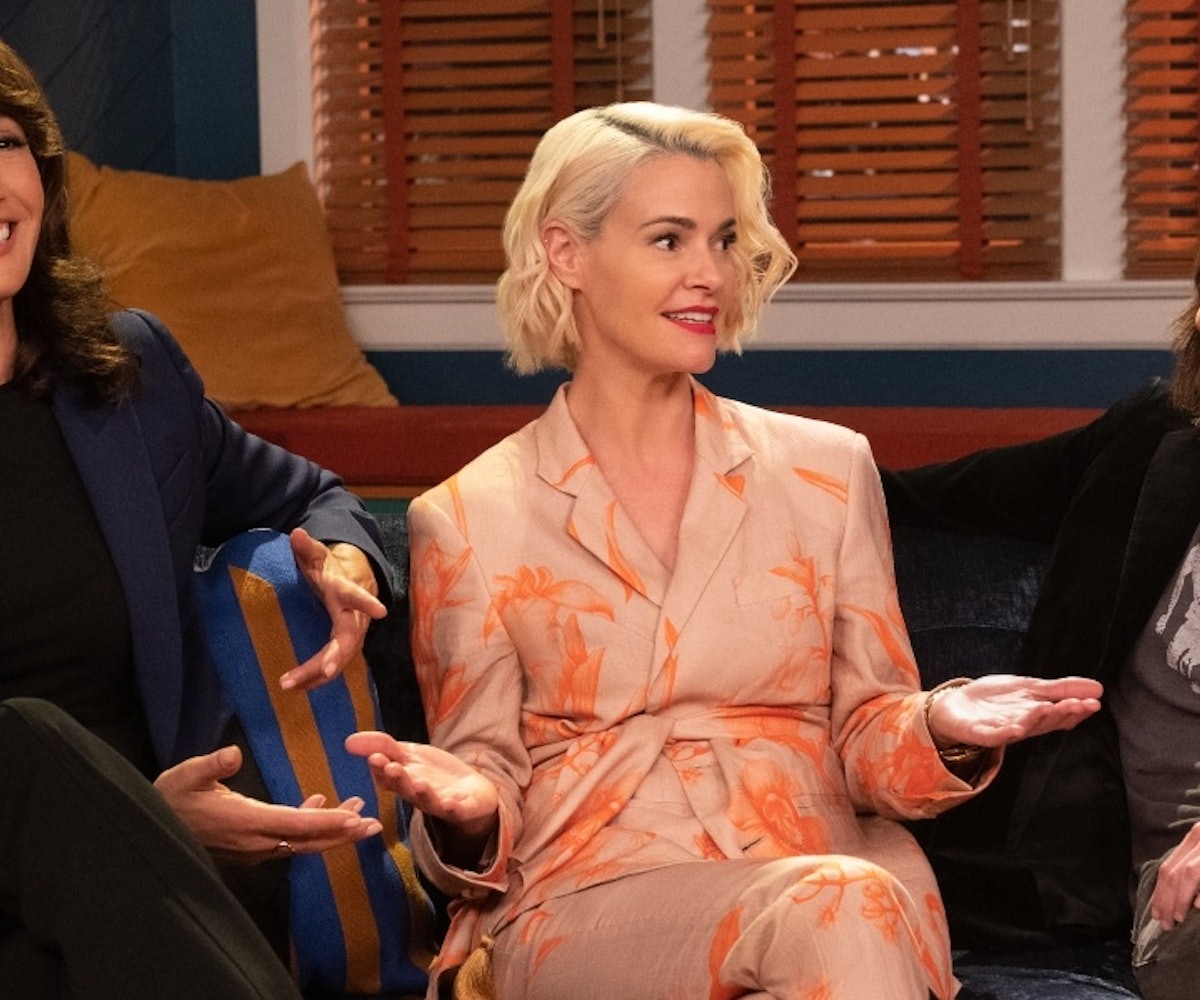 Pose may have just ended its second season, but that doesn't mean we're going to have to wait a whole year for more queer drama. Showtime just dropped the trailer for The L Word: Generation Q, a revival of the lesbian-focused series that ran for six seasons on the network before it ended in 2009, and Lizzo is providing the anthem, so you know it's going to be good.

The teaser sees fan favorites returning in all of their glory. Bette (Jennifer Beals) is a mayoral candidate who is ready to give back to Los Angeles. Shane (Katherin Moennig) is super comfortable traveling via private jet and making out, of course. Alice (Leisha Hailey) is also back, and hosting a talk show whose hiatus "felt like a decade." Wink. Wink. Generation Q trailer also offers a peek at the new characters, including Arienne Mandi, Leo Sheng, Jacqueline Toboni, Rosanny Zayas, and Sepideh Moafi. Following the drop of the trailer, lesbian Twitter is losing it.

The girls are screaming.

They're questioning the comedic nature of the "Time's Up" joke from the trailer.

In other words, all is right in the world. The L Word: Generation Q premieres on December 8. You can check out the trailer below.