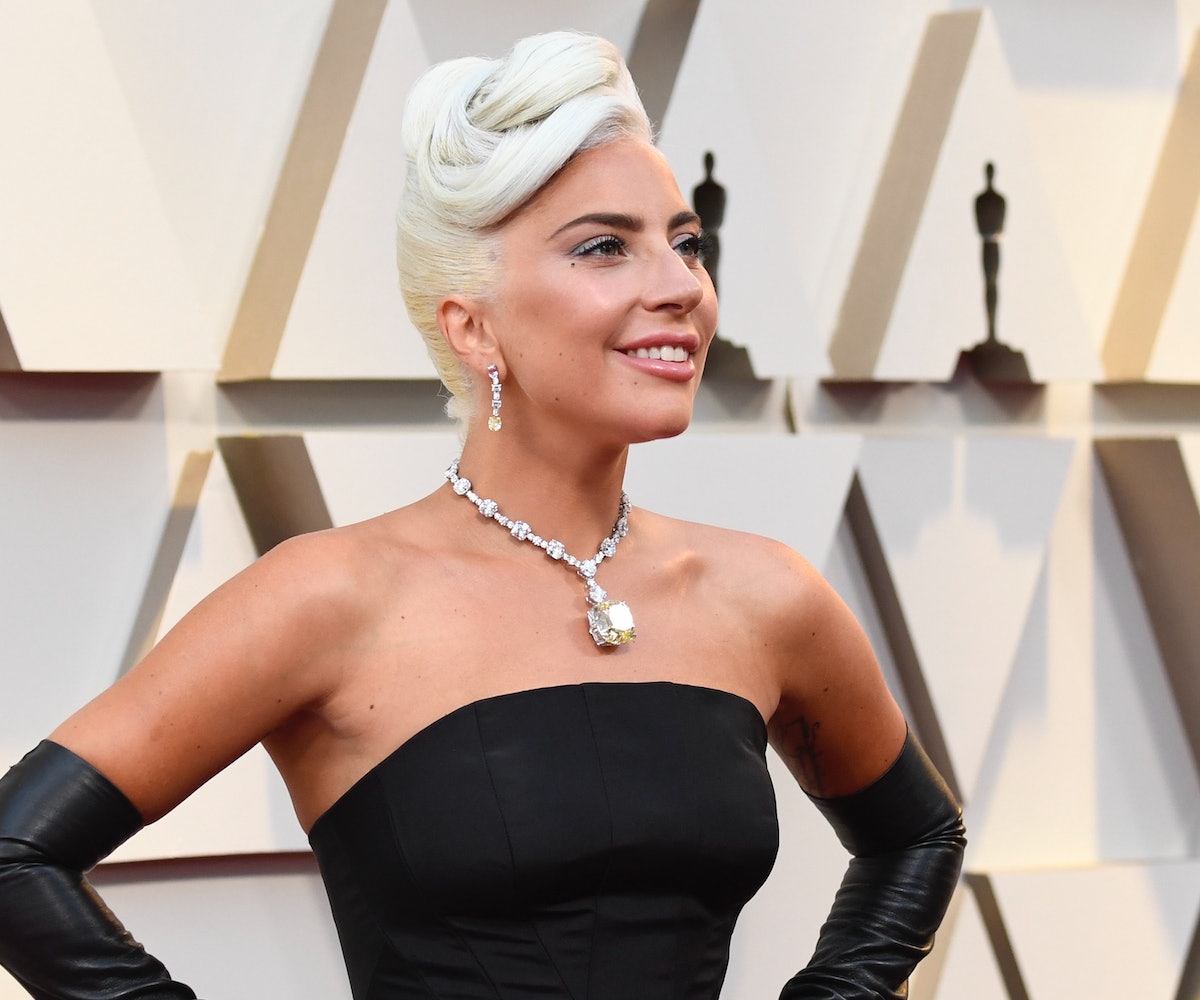 Lady Gaga finally responded to all the rumors that she's pregnant by admitting that, yes, she is—just not with a child. Instead, she's carrying her new album. So, when is she due?

On Tuesday night, Gaga confronted the rumors head-on. "Rumors I'm pregnant?" she wrote. "Yeah, I'm pregnant with #LG6." Which means that she's got a new album in the oven—and, hopefully, that we have less than nine months to wait until it comes to term. Right?

Following her announcement, Gaga's fans have already started speculating what the new album will entail. Some believe that she'll collaborate with Rihanna, since she followed her on Instagram, and she only follows people she collaborates with. "Is Rihanna going to be the godmother?" one tweet asks. I'm choosing to believe this rumor is true, because there could be no more iconic collaboration possible.

Others are predicting success for the new album, following Gaga's hugely popular—and multiple award-winning—turn in A Star Is Born.

Though we've gotten to hear new music from her via that film's soundtrack, Gaga hasn't released an album since 2016's Joanne. Hopefully, her pregnancy metaphor will carry over into her new album cycle. Maybe she'll simulate a birth onstage? Nothing is too out of the box for her. Plus, her fans already call her Mother Monster.