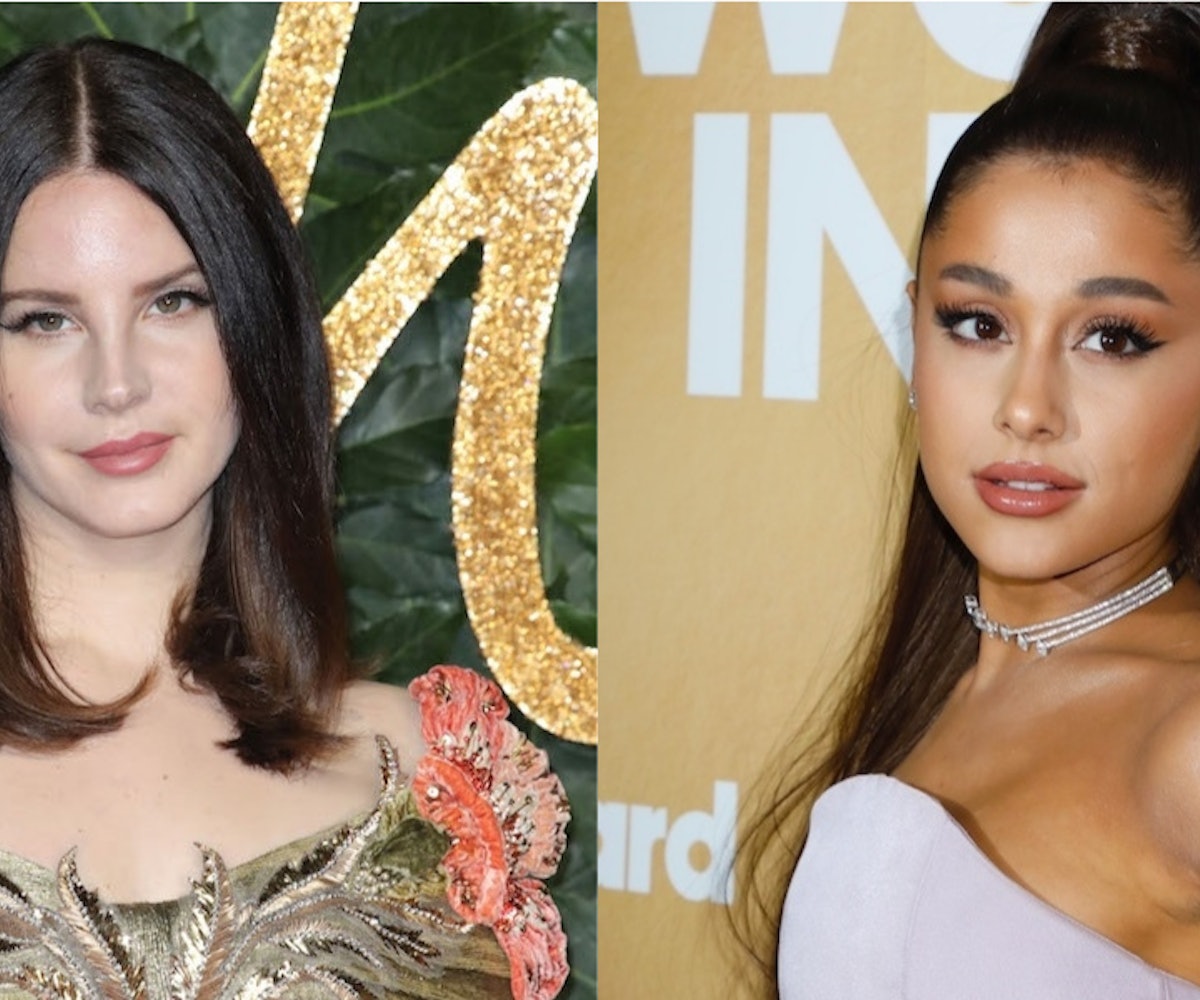 Ahead of the release of Lana Del Rey's collaboration with Ariana Grande and Miley Cyrus, the brooding singer gave her own personal twist to one of their songs. When she stopped by the BBC Radio One Live Lounge to promote her recent album Norman Fucking Rockwell,Del Rey straddled a chair and gave her best, seemingly effortless cover of Grande's "Break Up With Your Girlfriend, I'm Bored."

In-between reading the lyrics to the song from her cherry-covered phone, Del Rey smiles and looks straight into the camera for the most sultry lines in the chorus. If you're coming here just to hear Lana say "yuh" like Ari, you're out of luck. Rather than strangely mimicking what seems to be Grande's favorite ad-lib, Del Rey spaced them out into breathy "yeahs."

Though the Live Lounge isn't exactly the place for ultra-refined performances, Del Rey's witchy, melancholic take on the track deserves a fully produced recording. Her eerie vocals deserve justice! As the band pulls away toward the end of the song to give her moodiest lines a bit more emphasis, we start to see everything that this cover could be. Maybe this cover will appear on Del Rey's next album White Hot Fever? Please, do it for the fans.

Hear Lana Del Rey's version of "Break Up With Your Girlfriend, I'm Bored" below.