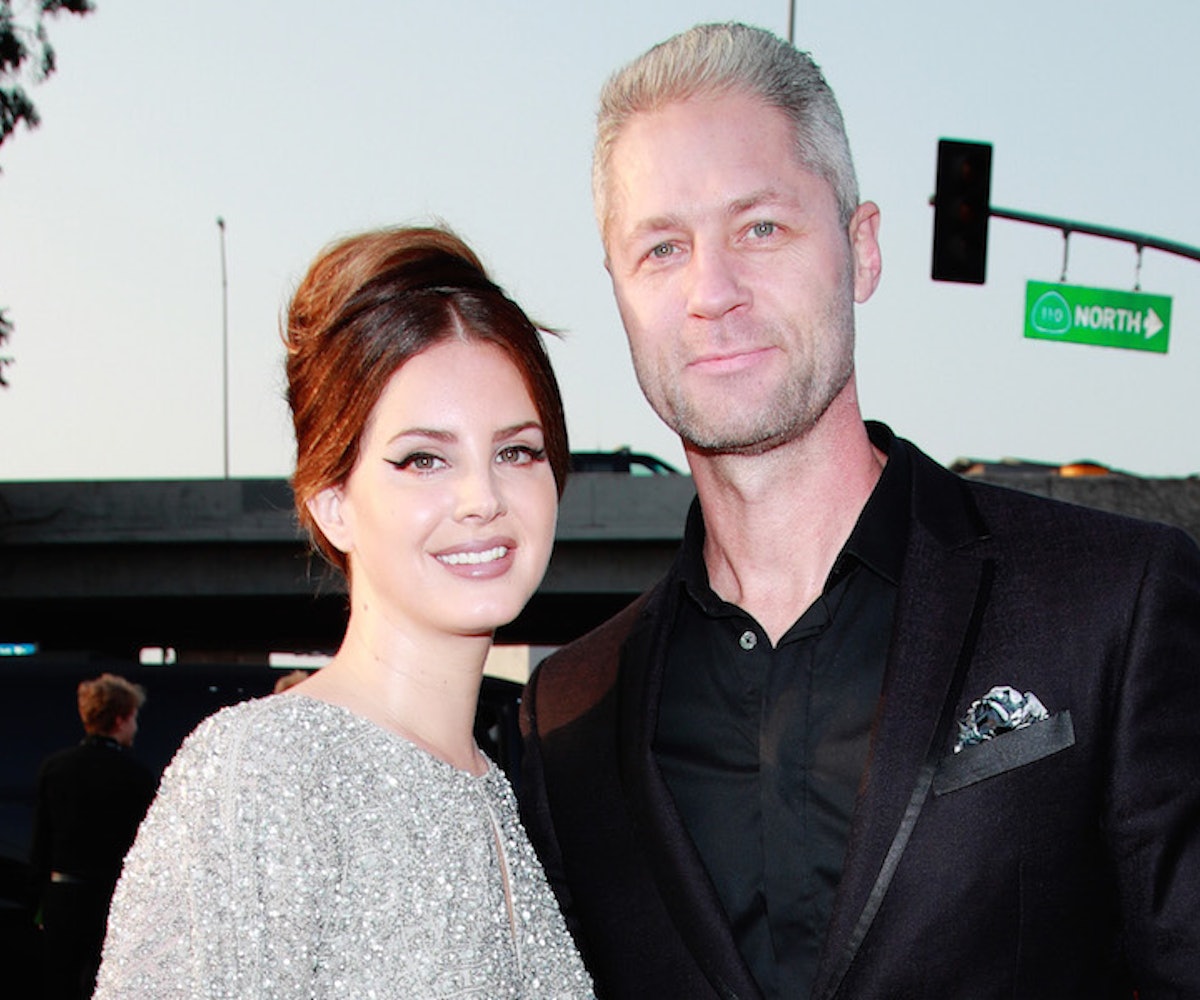 Photo by Rich Fury/Getty Images for The Recording Academy

The most talked-about red carpet couple of the 2020 Grammy Awards is Lana Del Rey and her influencer cop boyfriend, Sean Larkin. Del Rey and Larkin made their red carpet debut just one day prior at a pre-Grammys gala, but still had all eyes on them as they arrived to the Grammys arm in arm on Sunday night.

The pop star and television police officer made their relationship Instagram official back in December 2019 after months of speculation surrounding their romance. Luckily, the couple opted out of any weird coordinating outfits as they introduced themselves as a package deal to the rest of the music biz; only Larkin's pocket square seems to echo the silver of Del Rey's Aidan Mattox dress.

According to ET, Del Rey's style was a super last-minute choice. She shared in a red carpet interview: "I had another dress and then my boyfriend and I were getting a belt for him at the mall and I saw this and I loved it, so this is a last-minute dress. But I love it!" That's right — Del Rey shopped at the mall for music's biggest night of the year. Stars, they're just like us!

Del Rey is nominated for two of the main four awards at the 2020 Grammy Awards; Norman F*cking Rockwell and its title track are nominated for Album of the Year and Song of the Year, respectively. She has previously been nominated four times at the Grammys, but has yet to take home an award.

Check out the couple's Grammys looks below.