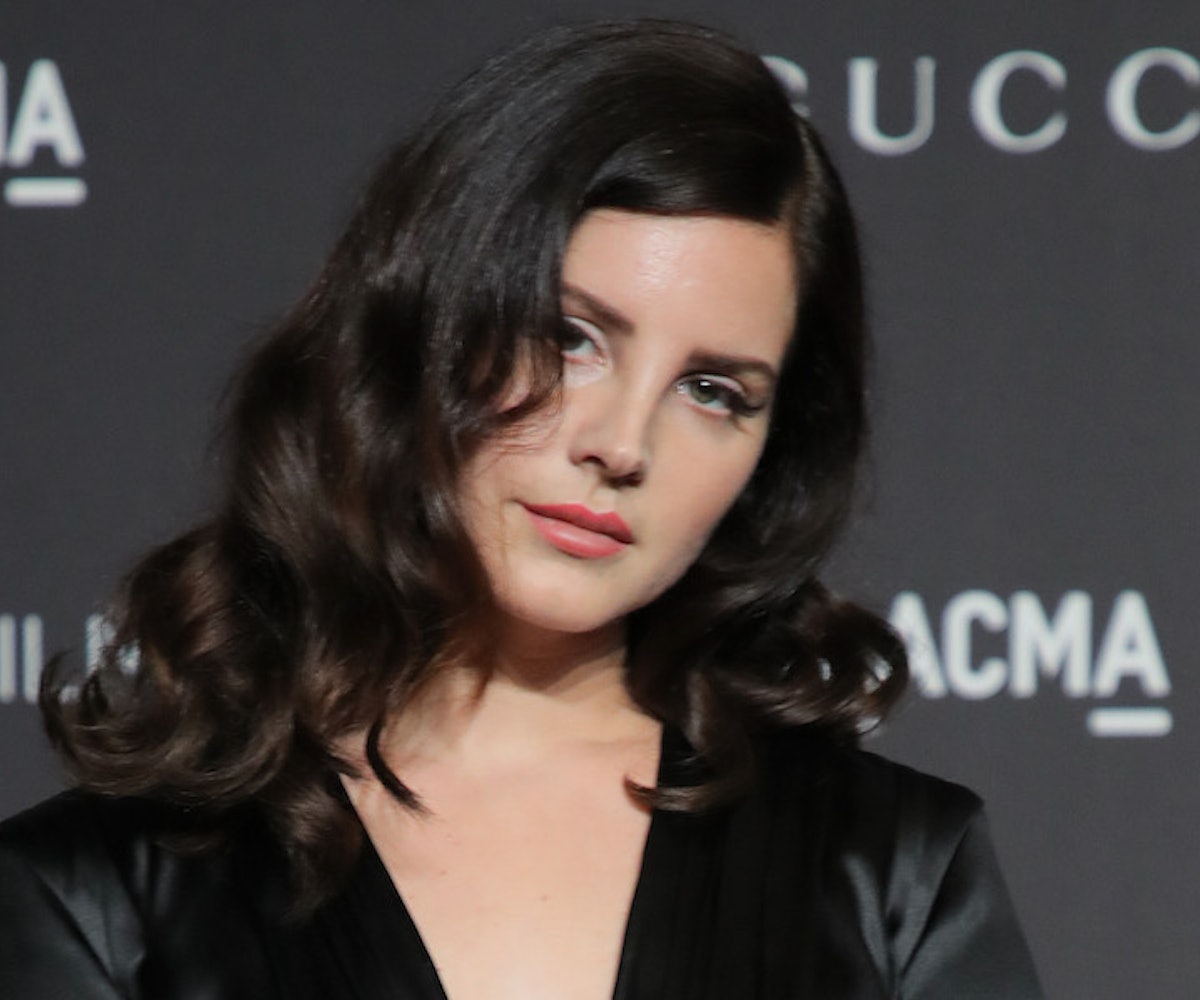 UPDATE 8/9/19 8:30am: Lana Del Rey has released the studio version of "Looking For America" to digital streaming platforms. Listen below.

Ahead of the release of her album Norman Fucking Rockwell, Lana Del Rey returned to the studio to record a musical response to the tragic mass shootings this past weekend in Dayton, Ohio, and El Paso, Texas. Late yesterday, Del Rey shared an intimate video from the studio performing the new piece, titled "Looking For America," with Jack Antonoff accompanying her on guitar.

"Now I know I'm not a politician and I'm not trying to be so excuse me for having an opinion," Del Rey wrote in the caption as she shared the song on her Instagram, "but in light of all of the mass shootings and the back to back shootings in the last couple of days which really affected me on a cellular level I just wanted to post this video that our engineer Laura took 20 minutes ago. I hope you like it."

The lyrics imagine a brighter future for the country and touch on the need for gun reform; she sings in the chorus, "I'm still looking for my own version of America/ One without the gun, where the flag can freely fly/ No bombs in the sky, only fireworks when you and I collide/ It's just a dream I had in mind." She also reflects on the ease of life back in the day, "That's another space and time/ Where we used to go to drive-ins and listen to the blues/ So many things that I think twice about before I do, yeah."

Most likely, "Looking for America" will not appear on Norman Fucking Rockwell, which is slated for August 30 release, given that it was recorded just yesterday and the tracklist was already released. Hopefully, the song will be released as a one-off single to stream at least.

Listen to "Looking for America," below.