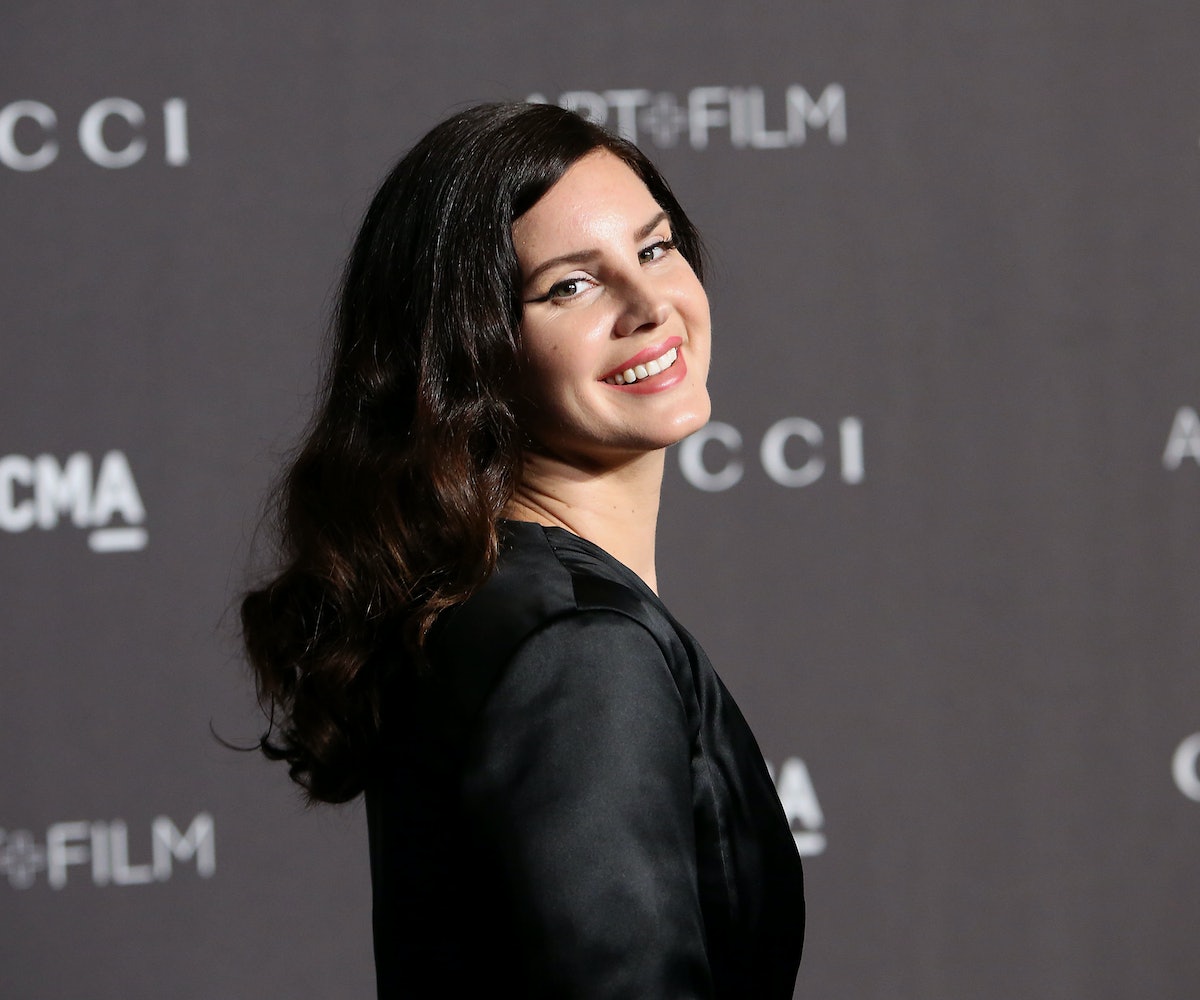 Most people usually have pretty plain resolutions for the new year: exercise more, eat better, be kinder to yourself and others. Lana Del Rey, though, has very specific goals for 2019.

She revealed her first resolution on Twitter the day before New Year's Eve, outlining that she wants to "live more like an Instagram baddie/YouTube vlogger in my real life." What does that mean, exactly? She doesn't say, but she does go on to add that she doesn't plan on sharing her videos (sad!) and that she's doing it for her own personal pleasure. Del Rey then makes a list of some things vloggers care about, some of which include air fryers, the Anastasia contour kit, personal trainers, and spray tans. The singer didn't specify which category (or categories) she'd be focusing on, but she's got a whole year of vlogging ahead of her, might as well try them all out.

Early this morning, Del Rey shared on Instagram some other plans for the new year. She'll be putting out a new song "on the ninth" called "hope is a dangerous thing for a woman like me to have- but i have it" that she shared a preview of. She also revealed that she just finished a book of poetry that she'll be releasing "later."

We're anxiously anticipating the release of her new album Norman Fucking Rockwell as well, which we were told we can expect early this year.

May the year of Lana and reinvention commence.