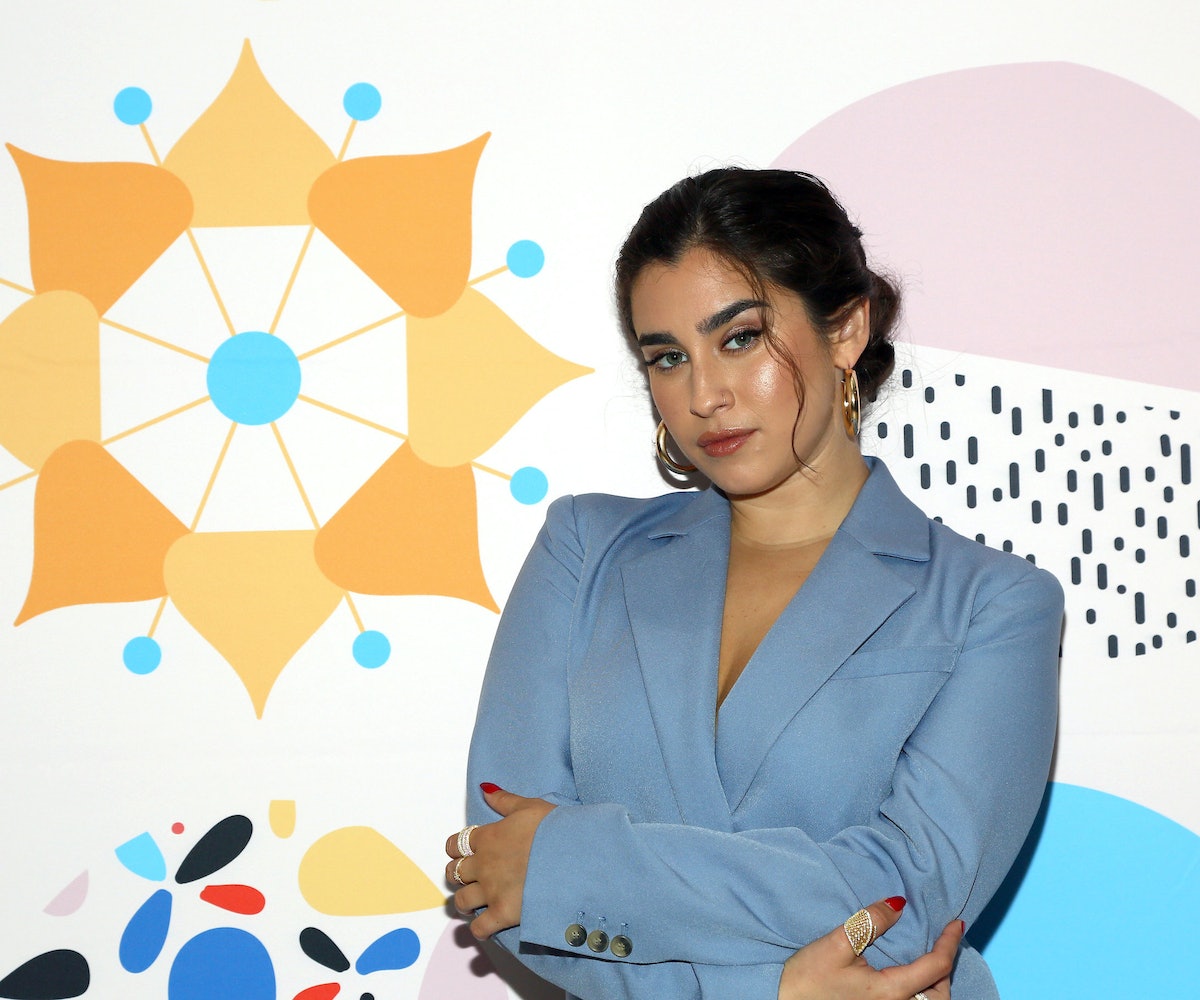 Twenty-two-year-old Lauren Jauregui is part of a generation that grew up in a world where social media was a given. But social media platforms would play a particularly significant role in her life once she became a public figure at the age of 16, first as a strong competitor on the televised talent show X-Factor, and then as a member of a little girl group you may have heard of: Fifth Harmony. Jauregui's seen the good side of social media, like building relationships with fans and spreading positivity; but, she's also experienced what happens when cancel culture takes hold, and online bullying becomes a real problem.

I recently spoke with Jauregui at the first-ever Makers of Good Teen Summit in New York. The program is part of Hershey's Heartwarming Foundation and will award grants to 400 teen projects aimed at overcoming social isolation. As part of the summit, Jauregui addressed a room full of teens about dealing with the haters, using your voice for good, and creating inclusive communities. Then during a later conversation, she kept it real about taking breaks from social media, her favorite accounts to follow, and the time her dad hilariously called her "desperate" for posting a meme about "waiting for dick." Check out the interview, below.

Your entire career is about engaging with fans, and you do that through social media. Is it more intense for you as someone with these elevated stakes?

For sure. It's more intense, [but] it is also something that I can step away from. I've learned to not take it as seriously as a lot of people do. I started working in the industry when I was 16 years old, and I was on a reality TV show. That in itself was a very intense and stark contrast to me living my normal-ass girl life, and it happened to me very quickly. That was traumatizing in the beginning because I didn't understand how to handle so many people that I didn't know having an opinion about me. I struggled a lot with it at the beginning. I would get very angry. I would get very hurt. I was just so intensely aware of what people thought of me.

Did you resent it?

I very much did, yes. They didn't know me. They did not have the proper opinion of me. I also kind of hated on myself for the way that I acted or something that I said that would make them have that opinion of me. So, I felt like it was my fault. I was literally blaming myself. I was like, Wait, why do they see this flaw of mine? Is it because of this, or that, or whatever? I just got really in my head about it. I've been able to grow with social media as it's grown, and I've been able to understand that when used intentionally it can be great, but there is a limit and a line to where I can engage with it, because I am sensitive. I'm a sensitive person. I can't handle people berating me on a regular basis, even if they think I signed up for that.

Do you ever just let like someone else take it over your accounts?

I did that for three months this year. I completely went off social media because I'm writing my album. I found myself kind of doubting my own abilities because of watching everyone else's highlights. I just took a step back from that.

Do you find that your young fans are also having issues that stem mostly from social media and online?

A lot of the time, to be honest. A lot of these fandom culture-type things, there's a lot of exclusion and a lot of hatred. Stan Twitter is toxic. The way that they talk about people and the way that they pick people apart, real-life people. We can talk about celebrities as being a different kind of people, but they're really not. We're real humans at the end of the day.

Especially when people become celebrities so fast. You can't expect for someone who was literally just riding the subway with you two months ago to feel any differently just because they went viral or got a record deal.

Exactly. Even if you're doing, like, 20 years of this shit. We're still real-life people who go home to our families. We have lives that we live, we have emotions, we go through life trials and life experiences. We're all doing that at the same time, we just have a more amplified life, a more accessible life.

I do feel like there's this intense pressure to never fuck up right now. As a kid, you're going to fuck up. You're going to say the wrong thing so many times. You're not going to know that something is offensive when you're young sometimes. Unfortunately, we've grown up in a country that's very systematically racist, that's very systematically misogynist. When people exercise any of those things online, it's easy for us to demolish them. It's easy for us to be like, "You're canceled, fuck you, you can't grow, you're out of this place."

Some people deserve it because they are conscious and they know that and they're choosing to do something. But there's a lot of kids out there who don't deserve to just be completely thrown out of the learning process of life. I feel like that's more amplified now than it's ever been, this pressure to be perfect. And that just creates a culture where everyone is secretly fucked up, because then they don't feel safe coming into a community with someone else. They just feel attacked.

After you took time off from social media, were you more intentional about curating what your online space looks like? For example, I once made an intentional decision to start following people who look like me.

That's so important. I follow so many types of girls. I follow all kinds of people. I like really natural, real people. I appreciate people who talk about their struggles. I follow a lot of accounts that are very body positive, very empowerment-oriented, very informative. I have a lot of people I follow who are constantly keeping me updated about what's going on in the world. There are so many ways you can use Instagram if you want to. Staying away from more of the superficial stuff that gets in your head about who you are would be my advice.

What is one of your favorite inspirational accounts to follow?

Curated by Girls [on Instagram] is great because they post so many incredible videos and photos of real women, not completely made up.

Oh my god. Well, Cardi. [laughs] Cardi B. Every time she comes up, she makes me crack the fuck up. I love it.

Who do you DM with the most on Instagram?

My friends. My best friends. I have a bunch of chats that are, like, meme chats. I literally laugh all day. I love it.

Have you had that weird moment where you post something on social media, and one of your parents sees it and is like, "What are you doing, Lauren?"

The other day I posted this thing that was like, "Being single is just waiting for dick." [laughs] 'Cause it is! Y'all know it's true. Or whatever you like. It's just waiting for it instead of constantly having it like when you're in a relationship. I posted that, and my mother was like, "How could you do this? This is not classy" [laughs]. And I was like, "I wasn't trying to be classy. I'm funny, Mom. The internet loves me, Mom." My dad, too. He was like, "Why you gotta put it out there like that? You look desperate." [laughs] I was like, "There's nothing desperate about being funny, father." I am not asking for the dick, I'm just saying that's what this process is—it's waiting for it.