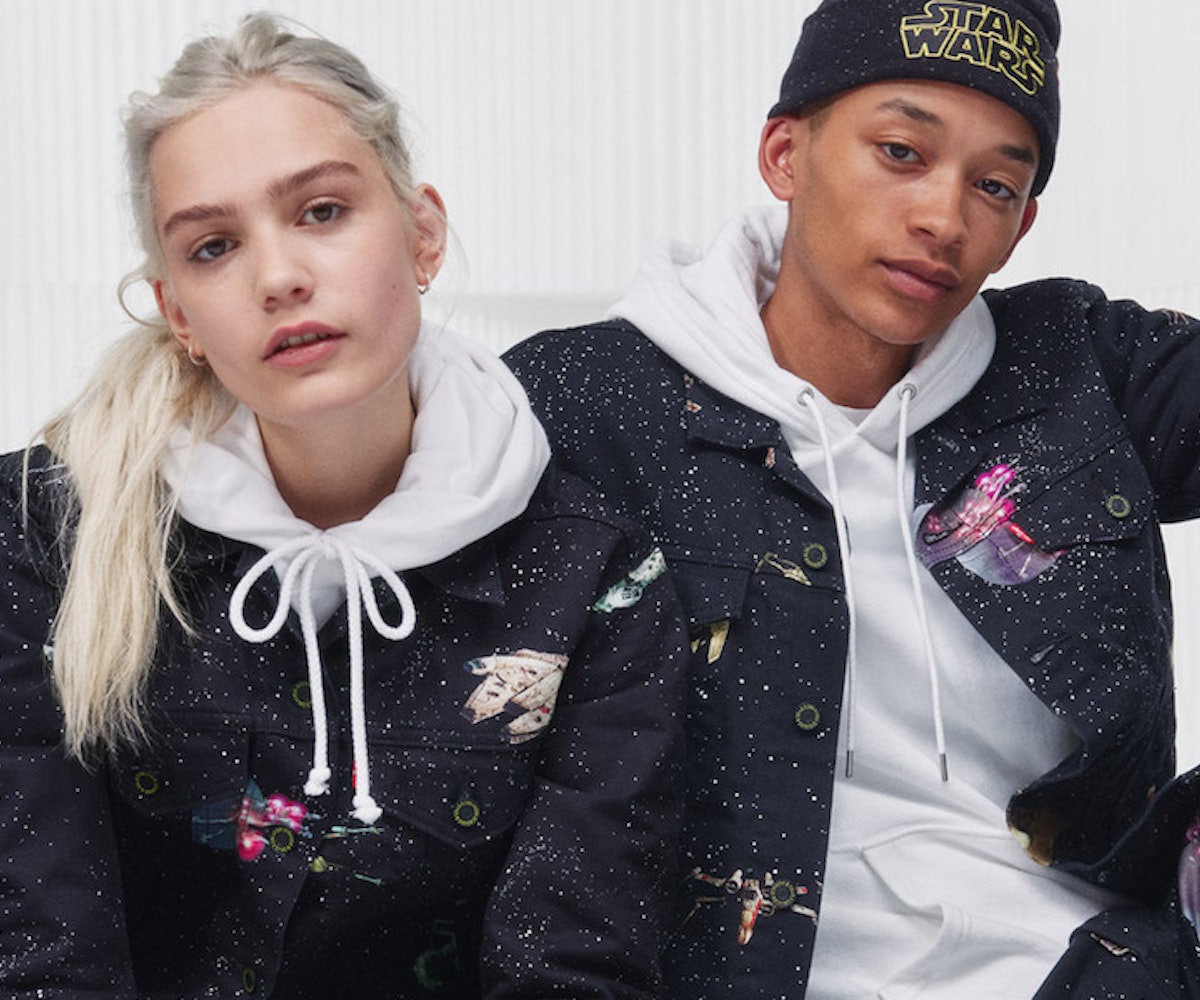 Is there such a thing as too many Star Wars collabs? Not when they're as good as the new Levi's collection. Today, the two joined forces (ha) to announce a collection of denim, T-shirts, and more to be released on November 1, ahead of Star Wars Episode IX: The Rise of Skywalker (out December 20),the conclusion of the Skywalker trilogy.

In a press release shared by Levi's, senior vice president of design innovation Jonathan Cheung shares a "barely known, fun fact" about the brand's long-standing relationship with the film franchise: "Luke Skywalker was wearing Levi's in the original trilogy—white Levi's!" Though there are no white Levi's to be found in this collection, there are pairs with the galaxy and notable ships from the series in an allover print, as well as coordinating jackets. Other highlights include a galaxy-print fanny pack, action figure graphic tees, and a black denim trucker bearing Darth Vader's image that's perfect for every nerdy goth.

Luckily, unlike some of the more high-fashion collabs Star Wars has done in recent years, you won't have to choose between rent and buying everything you heart desires from this collection. Prices range from $25 to $148, so it's easy to justify needing *another* denim jacket, especially one with iconic Star Wars quotes emblazoned across the back.

Check out highlights from the collection, below. The collection drops online and in stores on November 1, so set your alarms now.