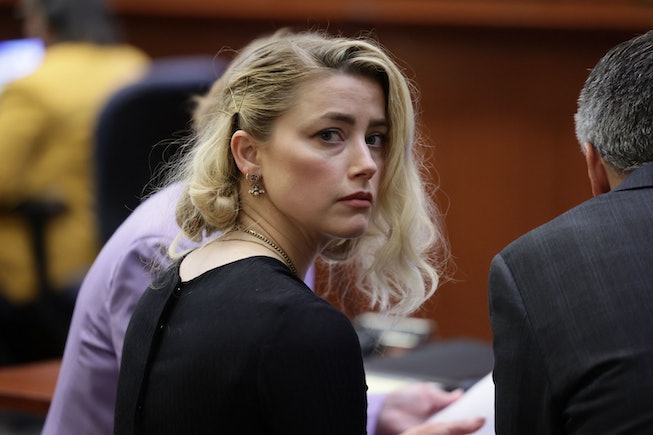 The documentary, titled A Marriage on Trial: Johnny Depp, Amber Heard, and Truth in the Age of Social Media, was produced by NBC News and will air on the network Wednesday, July 20 at 10:30pm.

As the title suggests, the thirty-minute doc will explore the very complicated relationship social media played in the trial — a role that ultimately contributed to Depp being awarded $15 million in damages, despite both parties being found guilty of defamation.

Social media has been a point of contention throughout the trial. Following the verdict, Heard’s lawyer Elaine Bredehoft spoke out in an interview on The Today Show, blaming social media — which was largely against Heard: “They went home every night. They have families. The families are on social media,” she said. “We had a 10-day break in the middle because of the judicial conference. There’s no way they couldn’t have been influenced by it. And it was horrible. It was lopsided.”

The network wasted no time in putting together a documentary for a story that is still largely unfolding. Heard’s attorneys are seeking a mistrial after discovering that one of the jurors who was summoned never showed up, instead sending someone else who lived at the same address.

You can watch the short trailer below. Here’s everything else we know about the documentary so far.

We’ll hear from a variety of people

...But we won’t hear from depp and heard

Unfortunately, Deep and Heard won’t be giving direct interviews for the documentary, though we can expect footage from the trial and past interviews with them.

The doc will cover the role of social media in the trial, particularly TikTok

It was impossible to avoid the trial on social media during its six-week duration, with social media largely in favor of Depp across the board. Per NBC News’ description of the doc, it will “explore why the trial overwhelmed social media, specifically TikTok, and what viewers missed if social media coverage was their only news source. In the wake of a verdict that surprised legal experts, NBC News examines how the trial evolved into the TikTok trial and what the verdict means for future domestic abuse cases.”

A Marriage on Trial: Johnny Depp, Amber Heard and Truth in the Age of Social Media, will premiere at 10:30 p.m. ET on the NBC News Now platform. You can also stream it on demand at NBCNews.com and on Peacock.

NEXT UP
Culture
Phoebe Dynevor Will Not Return for Bridgerton Season 3
Culture
Succession Season 4 Trailer Explodes With Family Drama
Culture
The Cutest Couples At The 2023 Grammys
Fashion
Jenna Ortega Is The Face Of Adidas’ Newest Line
Style + Culture, delivered straight to your inbox.