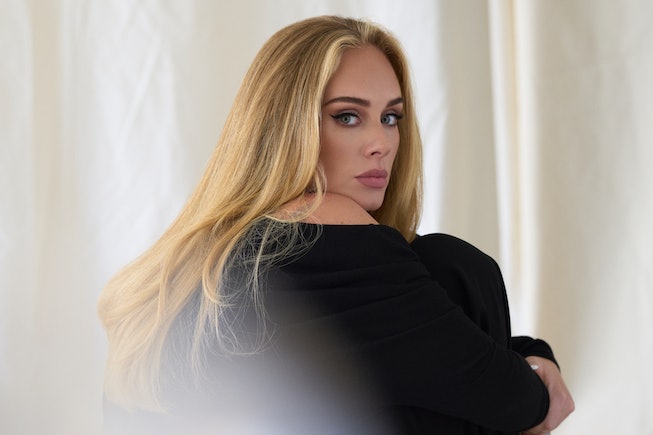 Spotify is notoriously inhospitable to artists, but the all-powerful Adele got them to make a change that will help musicians, if not financially, then at least creatively.

Following the release of Adele’s album 30, Spotify will hide the shuffle button on album pages, meaning listeners will have to listen to the artists’ album in the order in which they intended. Though — if you still want to shuffle an album, you can go to the “Now Playing” view and select “Shuffle.” In the face of the Music Industry, even Adele can’t win ’em all.

“We are excited to share that we have begun rolling out a new Premium feature that has been long requested by both users and artists to make Play the default button on all albums,” a Spotify representative told Variety. “As always, we will continue to iterate our products and features to create the best experiences for both artists and their fans.”

Adele tweeted a thank you to Spotify, writing: “This was the only request I had in our ever changing industry! We don’t create albums with so much care and thought into our track listing for no reason. Our art tells a story and our stories should be listened to as we intended. Thank you Spotify for listening.” Spotify’s Twitter account — whose pandering new social media guidelines are kind of an eyeroll as of late — responded with, “Anything for you.” Okay!

It only makes sense that artists should have some sway over how their music is displayed on the behemoth app; Adele is making Spotify much richer. Adele’s single “Easy On Me” currently holds the Spotify record for the most global listens in a single day, beating even BTS, who are on top of the world. Of course, smaller artists don’t have any sway over the company and basically have to use it if they want their music to be widely heard, so it’s nice to see bigger names to push for changes that can make the platform a slightly more hospitable place for music.

Adele isn’t the first to be publicly annoyed at the shuffle feature. When Chromatica was released, Lady Gaga encouraged fans not to listen on shuffle. “Please listen from the beginning to the end, no need to shuffle,” she wrote on Twitter. “It’s my true story.”