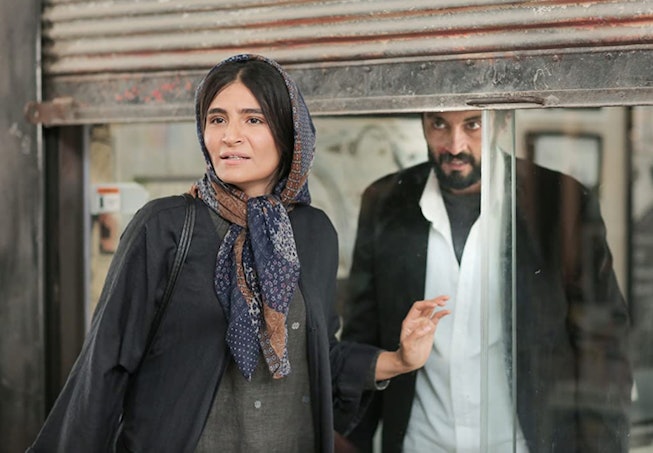 Asghar Farhadi, one of Iran’s greatest living filmmakers, is back with A Hero, which premiered at the Cannes Film Festival over the summer to rave reviews. The film is Iran’s official Oscar entry in the 2022 race for Best International Feature, a category Farhadi has won twice before with his works A Separation and The Salesman. The film, which will be released by Amazon Studios, dropped its first trailer on October 28, and has critics predicting it as a frontrunner that will snag Farhadi his third Oscar.

Set in Iran, A Hero follows the story of Rahim (Amir Jadidi), a man imprisoned for debt. During a two-day leave from jail, Rahim meets his girlfriend who’s found a purse with gold coins. Rahim considers selling the gold to pay off his debt, but his conscious wins, and he successfully finds the owner. After finding out their inmates good deed, the prison spins the story for television publicity, rocketing Rahim to a local hero. The high, however, is brief, and before long, Rahim’s good samaritan story spins out of control on social media, threatening his family’s reputation in town over a misunderstanding.

A Hero, like much Farhadi’s oeuvre, contends with the social and class structures of modern Iran, and the inevitable complications that arise from gender, class, and religious differences. For A Hero, specifically, Farhadi was struck by the “idea of the character going up and then fall[ing] down like a freefall.”

That being said, Farhadi’s films remain universal, and touch viewers beyond the borders of his homeland. “I don’t perceive being local and being universal as opposites,” Farhadi told Deadline at Cannes about the relatability of A Hero. “You can be extremely local and addressing only very specific local issues and being understandable and interesting for anyone from any other culture, as you can have very universal and general intentions and ambitions and not being understood by the closest person to you.”

He continued: “No film really can claim that it shows the whole society of a country, especially a country like Iran that has a very long history. And if you do a movie well, that movie can show a very small portion of that society. That’s why I don’t really like to judge any society based on one movie.”

A Hero lands in theaters on January 7, followed by a streaming launch January 21 on Amazon Prime Video. Watch the official trailer for the movie below.