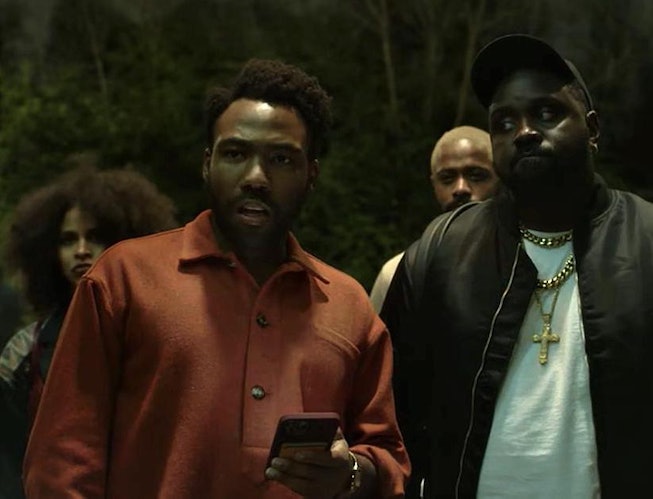 It’s been three years since Season 2 of Atlanta aired. 2018 was the year it felt like Donald Glover was on top of the world; it was the year of “This Is America,” his Star Wars role and Guava Island, which he produced and starred in alongside none other than...Rihanna! Now, four years later, Atlanta — the offbeat, surrealist show Glover stars in as Earn, a guy in his 20s managing the rap career of his cousin Alfred, who goes by Paper Boi, will finally air its third season.

Very few details of the season have been released until now. But with the release of the third season trailer, we finally something to sink our teeth into, along with crucial release date details: The show’s third season is set to be released on March 24, 2022 on Hulu and FX.

Part of the beauty of Atlanta is its strangeness: It’s a show that leaves you with more questions than answers, and that defiantly never explains itself. Knowing this, we probably won’t get a lot more concrete details about the show’s third season, but in the meantime, we try and piece together what we know, below.

According to the trailer, much of the series looks like it takes place in Europe, where Paper Boi and Earn go to explore the music scene and potential opportunities for the rapper. Scenes from the trailer include the group traipsing around what looks like Amsterdam’s Red Light district, attending a conference where someone in a suit declares 2024 will be “the end of racism,” and where someone is sharing beers with someone in a Dalmatian costume at a bar. Yep, Atlanta is back!

Donald Glover, LaKeith Stanfield, Zazie Beetz, and Brian Tyree Henry will all be returning and Glover will once again serve as the show’s primary writer.

But it’s not clear if everyone is returning

It’s unclear is director Hiro Murai, who also directed Glover’s “This Is America” video, Station Eleven and a few episodes of Barry, will return to direct several episodes as he has with previous seasons — though Glover has also directed several episodes. Murai is still one of the show’s executive producers.

There is actually another Season 3 trailer

But good luck gleaning anything from it! The trailer, which Glover tweeted on Halloween, is set to Sun Ra’s “It’s After The End of the World” chant and shows ominous locales of Season 3.