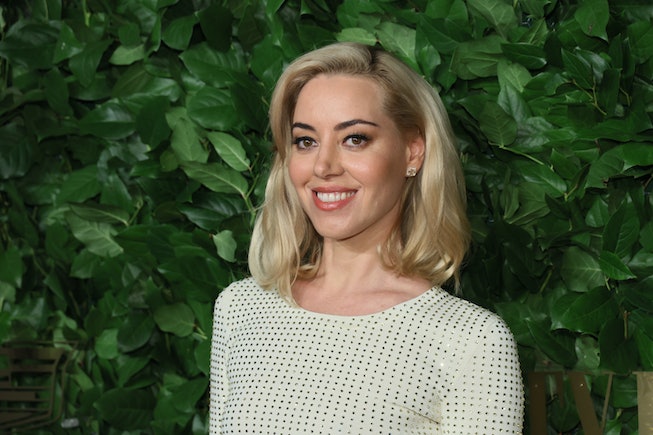 Noted cool girl Aubrey Plaza has been dazzling us in Season 2 of The White Lotus with her signature deadpan delivery and whip smart dialogue. We’d expect nothing less — but soon, we might be getting even more from the actor, who wrote and will soon direct a feature.

The untitled project is still very much under wraps, but will be a family-friendly movie with a dose of creepy. “I’m trying to fill the female Tim Burton slot,” she told GQ, and dropped a few clues that led the magazine to suggest it will be something like Hocus Pocus or Beetlejuice. Plaza is set to direct the film, which will be produced by her production company Evil Hag Productions.

This will be Plaza’s official first foray into feature writing, though she wrote an episode of the experimental TV series Cinema Toast, the TV movie Nightmare Time, where celebrity guests check in to a “Nightmare Clinic” in an attempt to overcome their nightmares, and a couple of shorts for UCB Comedy Originals back in 2007.

She also talked about a project she wanted to write years ago involving her Swedish high school boyfriend. A decade after they dated, Plaza tracked him down in Gothenburg, Sweden, where they had lunch. He brought his girlfriend, whom he had just moved in with.

“It was a total disaster,” Plaza said. “She was very suspicious of me. Lots of stuff happened that night.”

Plaza had wanted to work with White Lotus creator Mike White for years — and when she told him about the Swedish ex boyfriend project, he wanted to make it into a movie. The two went back to Gothenberg together in 2018 — a decade after Plaza had gone. (Maybe she’s more Richard Linklater à la Before Sunrise series than Tim Burton...) It’s unclear what happened on the trip, but the project got scrapped as the pandemic started. I, for one, am hoping Plaza will one day revive this juicy tale. One can dream!

After she checks out of the White Lotus (hopefully alive...but I’ve seen some questionable fan theories...), Plaza will star in Francis Ford Coppola’s Megalopolis alongside Adam Driver and Forest Whitaker. “To go from Mike White to Francis Ford Coppola, that’s a good year for me,” she said in the interview. “I’m trying to manifest this. I’m trying to work with brilliant directors.”

And after that, Plaza will dip a toe into the cash-filled world of Marvel, with “a really pivotal role” in the upcoming WandaVision spinoff, Agatha: Coven of Chaos. The range!