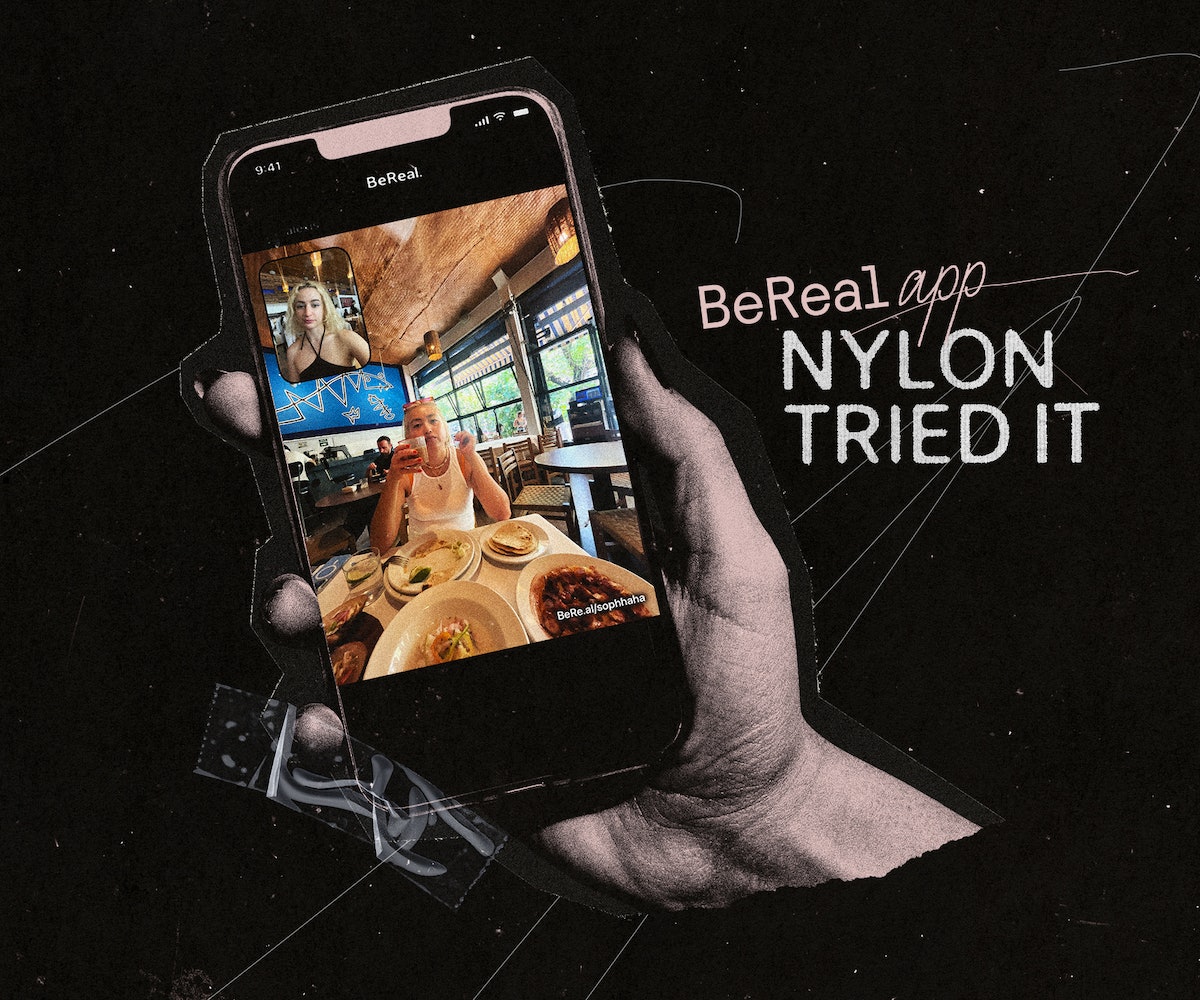 By this point, we know to be suspicious of an “authentic social media app,” which is, in fact, an oxymoron. Nevertheless, for BeReal, a French social media app that launched in December 2019 and has recently been gaining popularity, authenticity is its valiant goal — or at least, its selling point to investors. After all, authenticity is in the embarrassingly sincere title: an app where the goal is to “be real.”

At a different time each day, BeReal sends a notification urging you to post. “It’s time to Be Real,” the app commands. You then have two minutes to take a photo (both front-facing and not) of what you’re doing in that moment. “Don’t take it too seriously,” the app urges. You can retake the photo, but users can see the number of times you do. (A fact I only learned, unfortunately, weeks after downloading the app.) You can’t view anyone else’s post until you post yours, and after 24 hours, everything disappears, though you can access your own old posts.

The idea is a spirited effort to create an anti-Instagram, filter-free space, where a curated life is impossible; where instead of high-angle snapshots of your happy hour oysters, you post a photo of your filthy laptop keyboard. You could fill a New York Times bestselling book of essays on what it means to “be real,” online. But the long and short of it is that our brains are so attuned to the specifics of our online brands, that it is nearly impossible to have a social media experience that is in any way “authentic.” The closest I’ve ever come is having an Instagram account that is only for myself, and even this, I filter through the thought exercise: “But what if I ever wanted to make this public and my crush saw it?”

BeReal’s greatest strength and weakness is that it’s boring. Right now, I have about 10 friends on the app, and there’s not a lot to do on it. You can comment or react with “RealMojis,” which are basically selfie emojis. (There’s a lost opportunity here to call them “MeMojis,” TBH.) And that’s about it. There’s no direct messaging, so it can’t even moonlight as a dating app.

What’s most interesting to me about BeReal is how it’s timed both perfectly, and a little too late. “One could argue that Instagram has already beat BeReal at its own game,” writes R.E. Hawley in The New Yorker. According to trend pieces, we’re in an era of peak casual instagram, where we have moved from earnestly curated feeds to an aesthetic of performed carelessness that apps like Twitter and Snapchat have had for years — one where casually messy rooms, no-makeup selfies made to look spontaneous, and blurry party photos have been steadily replacing VSCO-filtered photos of green plants on light wooden tables and planned candids of people laughing while looking at each other.

But because most of the people I follow on Instagram are in their late 20s and early 30s, much of my feed is still earnest and curated, an approach that is nothing but casual. This is one of the reasons I was intrigued by BeReal in the first place. The people I follow on BeReal, mostly early social media adopters who range from my 19-year-old step brother to the owner of a popular meme account in his 30s, are people who have already mastered the art of performed carelessness on Instagram, which is maybe what drew them to the app in the first place, and continues to draw me to their BeReal posts.

It’s worth noting that despite the BeReal notification telling you to take a selfie on command and bravely share it approximately seven others, people were still afraid of posting a photo where they looked bad. Most of the time the app prompted me to post, I was wasting time on my phone or working on my laptop. I felt an urge to “get creative,” to convey a planned carelessness, to show the interesting objects in my room or a playful messiness that would convey that I both don’t take anything that seriously and that I am cool. When I wasn’t wearing makeup and was breaking out in acne, I didn’t want to post a selfie, so I’d post a close-up photo of my eye instead. My version of “being real,” was “being real, so long as I don’t look bad.” With the exception of a couple of people (both men) who dared to look bad on the app, everyone looked casually good – which made me feel even worse when I didn’t. A few times I got lucky and the app prompted me to post when I was wearing a glam fit, out at a bar or dinner with a friend, but I’d feel I was cheating the app, as if those moments weren’t as real to my life as all the ones where I’m at my computer with zit cream on my face.

Seeing my friends with greasy ponytails and laptops open in virtual waiting rooms for meetings is boring, but it’s also life. And thank God it’s boring — or else I would spend as much time on BeReal as I do on Instagram, trying to do anything but be real.

NEXT UP
Culture
An Ode To Stripperweb, The Beloved Sex Worker Forum
Culture
For The Girls Of Forever Magazine, What's Forever Is Friendship
Culture
Who Won At The 2023 Grammys
Culture
The Cutest Couples At The 2023 Grammys
Style + Culture, delivered straight to your inbox.