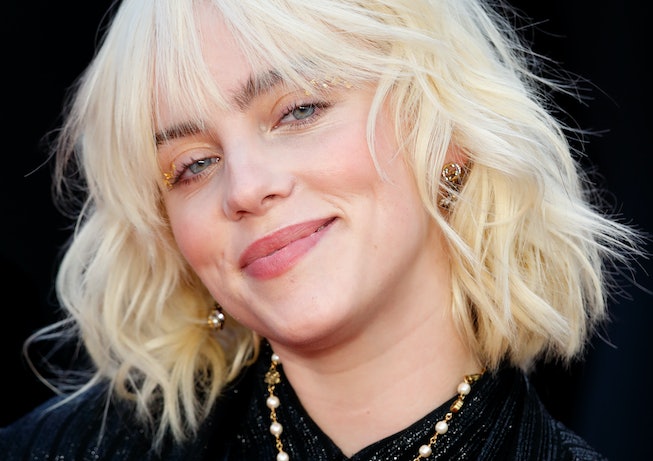 There’s nothing more embarrassing than being really excited about something only to have someone younger and cooler say it’s lame. (No, I’m not referring to the time my Gen Z sister laughed at my chunky Doc Marten sandals). And on Jimmy Kimmel Live, Billie Eilish brought Bezos and his phallic-shaped rocket down to Earth by basically saying going to space was lame.

When Kimmel asked if she’d ever want to go to space, she responded: “I would literally rather do anything else. I hate space.” (For the record, so does Kimmel, but I don’t think he’s been invited.) She went on to tell a story about how the mom of a girl she used to know emailed her mom, asking if Eilish would want to sing in space. “I was like, ‘no.’ Literally never,” Eilish says. “I was like, why would you ask me that?”

William Shatner just became the oldest person to go to space (good for him), Grimes is out here pedaling her dream of a lesbian space commune, Leonardo DiCaprio and Brad Pitt are planning to go via Richard Branson's Virgin Galactic space tourism company, and Eilish is just over here saying, “nah.” It’s beautiful.

Kimmel and Eilish went on to talk about her James Bond song “No Time To Die” which won a Grammy and could potentially win an Oscar. Eilish has long been a Bond fan for, saying that “Skyfall” was her favorite song in the world. Years before she was in talks to write a Bond song, she and her brother Finneas would practice writing songs in the style of James Bond songs as a writing exercise, so writing an actual one has been a dream for a long time.

She also, in practiced celebrity vagueness, left the door open for an acting role one day : “I wouldn’t necessarily want to like ‘act,’ and stuff if something came along that felt right then year, but I used to want to make a movie really bad.” I’ll bow at the alter of Eilish turned actor à la Gaga in A Star Is Born any day!

Kimmel also busted out a 2012 bucket list Eilish wrote, which included things like: meet Justin Bieber (check), grow my hair past my butt, punch someone, get a mouse, cut someone’s hair and get kicked out of Target. Kimmel then made two of these tame dreams come true, bringing an audience member for Billie to give a haircut to (she gave her bangs!) and gifting her an albino mouse. Finally, she got to punch Kimmel in the stomach. (Too bad it wasn’t Fallon.)

Anyway, watch the full interview, below.