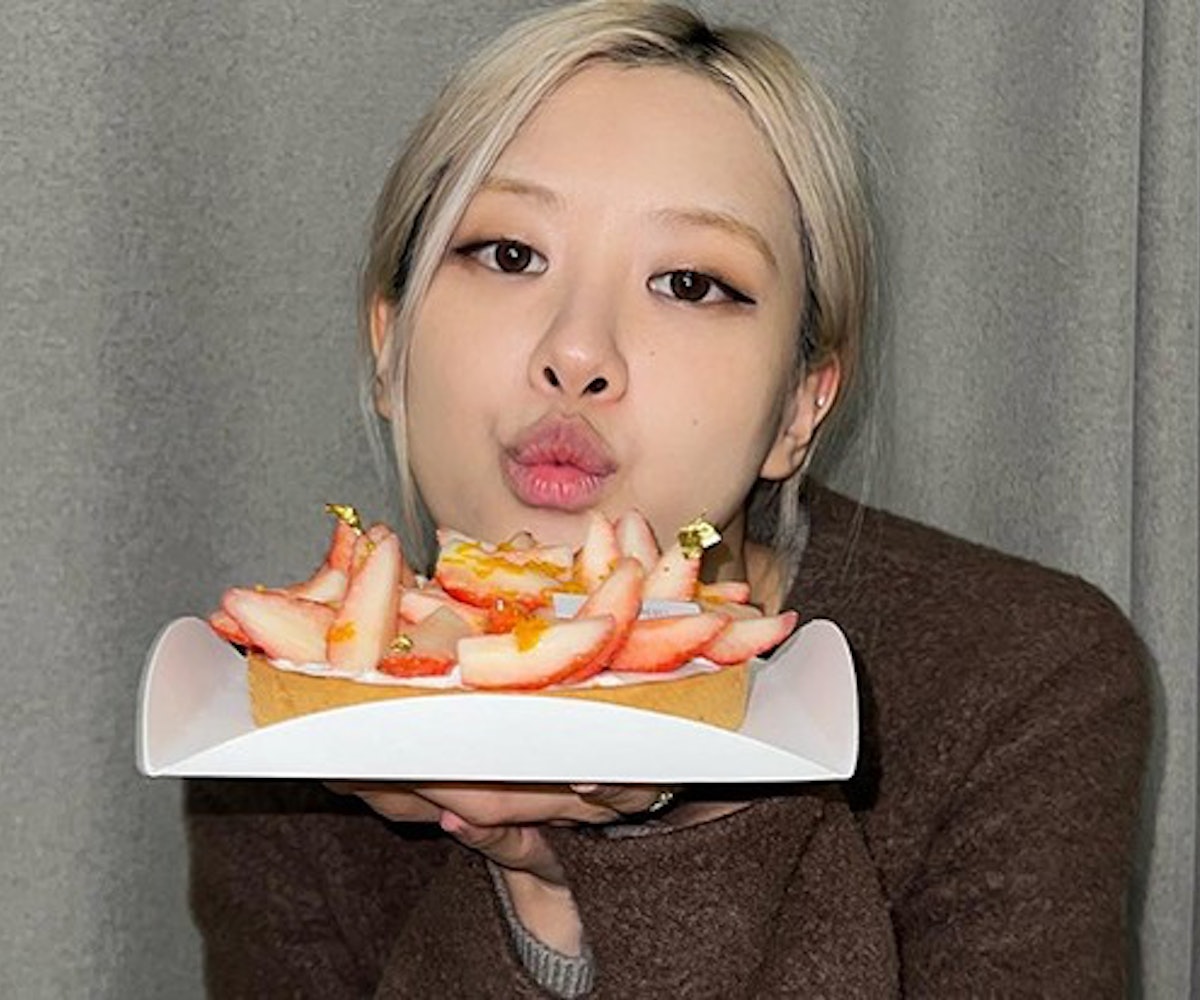 To the huge delight of BLACKPINK fans worldwide, Rosé finally followed up on the YouTube account she created a year ago and posted her first vlog. Stars, they’re just like us: They procrastinate on personal projects! It took the K-pop star having to quarantine to presumably be bored enough that she turned her attention to the dormant account.

But her video was well-worth the wait. Rosé posted an Instagram Story before before the clip went live thanking fans for their patience. “Blinks, thank you for waiting so patiently for me. And I’m sorry for keeping you all worried. I’m okay,” she starts off her message. “I prepared a little something (my very first vlog, I know that EVERYONE’S been dying for lol)… I hope you all enjoy it! It’s my first vlog, so be kind.”

In true lifestyle blog meets quarantine fashion, the focus of Rosé’s blog is baking. On her channel Rosesarerosie (the same name as her Instagram handle), she posted a video of her learning to make madeleines. She begins the video by filming her outfit, which she says is a a Madeline-inspired look. The nearly 10-minute long video already has more than two million views in just two days. “This was my first baking vlog! … I hope you had fun watching it,” Rosé commented on the video.

The video brings to mind Paris Hilton’s Netflix show Cooking With Paris, and you get the same voyeuristic intrigue of getting to see a mega-celebrity act like a normal person who cooks their own food. What a concept! But unlike Cooking With Paris, where you have serious qualms about the end product of the food, Rosé’s madeleines look perfect and watching the video is nothing if not a highly meditative experience.

Rosé has been taking cooking classes for a minute now. Though she only has a vlog for madeleines, she’s been posting on Instagram about what else she’s been cooking lately. (Um, everything looks amazing? Is there nothing she can’t do?)

Hopefully we won’t have to wait a year until the pop star releases her next video. Maybe the executives at Netflix can whip up a cooking show for her now that Cooking In Paris met its untimely, one season end? Anything is possible. But in the meantime, watch Rosé bake madeleines, below.

NEXT UP
Culture
An Exhaustive Breakdown Of The Balenciaga Controversy
Culture
Spotify Wrapped Is The Only Social Media That Doesn’t Lie
Culture
In Cann’s Holiday Campaign, The Greatest Gift Is Being Chill
Culture
Aubrey Plaza Directorial Plans Involve Filling The “Female Tim Burton Spot”