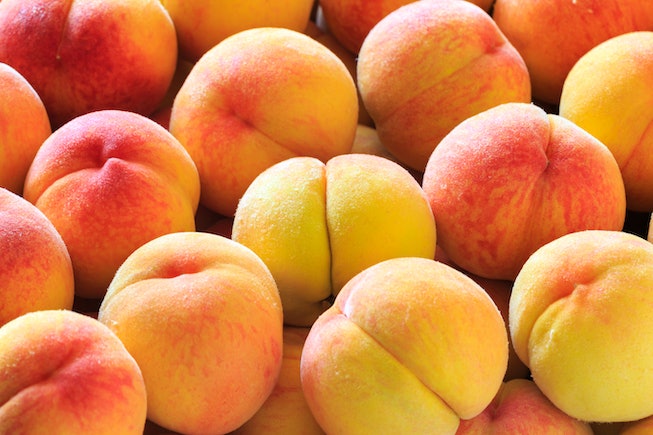 In early summer a new TikTok meme started trending across the app’s FYP — not one about eating frozen honey, or climbing milk crates stacked to perilous heights — but a kind of performance art piece spearheaded by TikTok creator Antoni Bumba that defined the BBL Effect, which is shorthand for the new, bratty personality one achieves after getting a BBL, or a Brazilian butt lift. But outside of Bumba’s excellent portrayals on TikTok, the BBL has grown to be a dominating force in culture. Simply put, the BBL is a plastic surgery procedure that takes fat from one part of your body and injects it into your butt. It’s popularity can’t be denied; this summer airports have been hit with a wheelchair shortage due to the volume of people who need them for post-surgery flights.

Despite its soaring popularity, the Brazilian butt lift also has a reputation for being one of the most dangerous cosmetic procedures in the world. How did a surgery so risky reach its current heights, and what exactly are these life-threatening risks? Below, we try to answer some of the most pressing questions about the surgery that’s designed to help (mostly) women, attain their dream body, with curves to rival fictional hotties like the pre-desexualized Lola Bunny or one of the most famous butts worldwide, Kim Kardashian.

What exactly is a Brazilian butt lift?

Basically, it’s a type of buttock augmentation meant to give you a round, juicy ass without implants. According to the American Board of Cometic Surgery, a Brazilian butt lift is a “specialized fat transfer procedure,” so there’s no “lift” happening, but fat is removed from the hips, abdomen, lower back or thighs with liposuction and then injected into the butt to increase its volume and shape. In a recent New York Times article, a woman undergoing the procedure compares describes it as, “like moving money from your checking to savings account.” That’s one way to look at it...

How much does a BBL cost?

It ranges, but at least a few thousand dollars. Health estimates it’s between $15,000 and $20,000, but a recent Vox article describes many women flying to South Florida, Turkey, Mexico or Thailand, where they’re quoted as low as $3000 and typically around $5,500, though that doesn’t include the cost of aftercare, which can easily double the cost. Since the procedure is considered cosmetic, it’s not covered by insurance.

How popular are BBLs? Why?

According to Vox, the BBL is now the fastest-growing cosmetic procedure in the world, and has risen nearly 80% globally in the last six years, which isn’t shocking to anyone who’s scrolled through Instagram in the last six years or who has ever heard of the Kardashians.

“The Kardashian family has inspired an entire generation of millennials to undergo the BBL procedure. Doctors report that patients have asked that they look ‘as good as they do in their social media filters,’” Dr. Alexis Parcells, board-certified plastic surgeon and owner of Parcells Plastic Surgery and founder of SUNNIE Wrinkle Reducing Studio, tells NYLON. “You can also enjoy the added benefit of the liposuction procedure. You can slim down parts of your body that store unwanted body fat, such as your abdomen, thighs and lower back for a nicely contoured, slimmer look without the need for additional procedures.”

The BBL has everything to do with mainstream media’s recent acceptance of big butts as hot — despite large butts being a beauty standard that Black and Latinx communities have long-held, while mainstream media was busy revering stick-thin bodies. (Never forget the ubiquitous Kate Moss quote: “Nothing tastes as good as skinny feels.”)

The BBL has also been having a huge moment on TikTok this summer, with creators like Bumba launching the BBL Effect meme, while other creators talking about their experiences with getting a BBL. The proof is the data: The hashtag #bbljourney currently has 254 million views.

They can be. “The unusually high mortality rate from this cosmetic procedure is estimated to be as high as 1:3000, greater than any other cosmetic surgery,” says Dr. Parcells. According to The New York Times, one to two of 6,000 BBLs resulted in death, the highest mortality rate for any cosmetic surgery, according to a July 2017 report by the Aesthetic Surgery Education and Research Foundation in Aesthetic Surgery Journal. In 2019, the British Association of Aesthetic Plastic Surgeons (BAAPS) announced its decision to launch a formal review of the surgery, and urged doctors not to perform it until the review was complete. Many plastic surgeons simply won’t perform it.

What makes it so dangerous, according to Vox, is that the butt contains a lot of large blood vessels, which, if accidentally injected with fat, can travel to the lungs or heart and cause a pulmonary embolism — and it’s not always easy for doctors to see where they’re injecting the fat.

“The cause of mortality is uniformly fatal fat embolism due to fat entering the venous circulation associated with injury to the gluteal veins,” says Dr. Parcells. “In every patient who has died, at autopsy, fat was seen within the gluteal muscle.”

What’s worse is that clinics in hot spots for the surgery, like Miami and Las Vegas, aren’t always authorized to be performing BBLs. A Naples Daily News and USA Today article detailed one clinic in Miami where doctors who aren’t specially trained to do the procedure operate on as many as eight patients a day — and lost eight patients in six years, and left a dozen others in critical condition.

Are celebrities getting BBLs?

Probably. Celebrities aren’t admitting to getting BBLs though, so we can only speculate. That being said, the silhouette belonging to celebrities from Kylie Jenner to Nicki Minaj is what is achieved through a BBL. Of course, there’s long been speculation about the Kardashian-Jenners getting plastic surgery on their asses, which even led to Kim getting a butt x-ray to prove she hadn’t gotten plastic surgery (though, that was in 2011 and the x-ray would not have shown butt implants).

What’s the difference between a BBL and butt implants?

“Buttock implants are silicone-filled devices that are surgically placed deep within the tissues of the buttock,” says Dr. Parcells. “While butt lifts have a higher risk of blood clots and pulmonary embolism, the body accepts the fat as its own, and is unlikely to reject fat — while patients may struggle with implant extrusion or infection years after their surgery.”

NEXT UP
Culture
On The List (With Melissa Rich): How To Throw The Ultimate Apartment Party
Culture
Caroline Polachek In KNWLS & More Party Photos You Missed
Culture
Loewe’s Howl's Moving Castle Collection Is An Anime Dream
Culture
6 Shows To Binge Once You've Finished 'The White Lotus'
Style + Culture, delivered straight to your inbox.