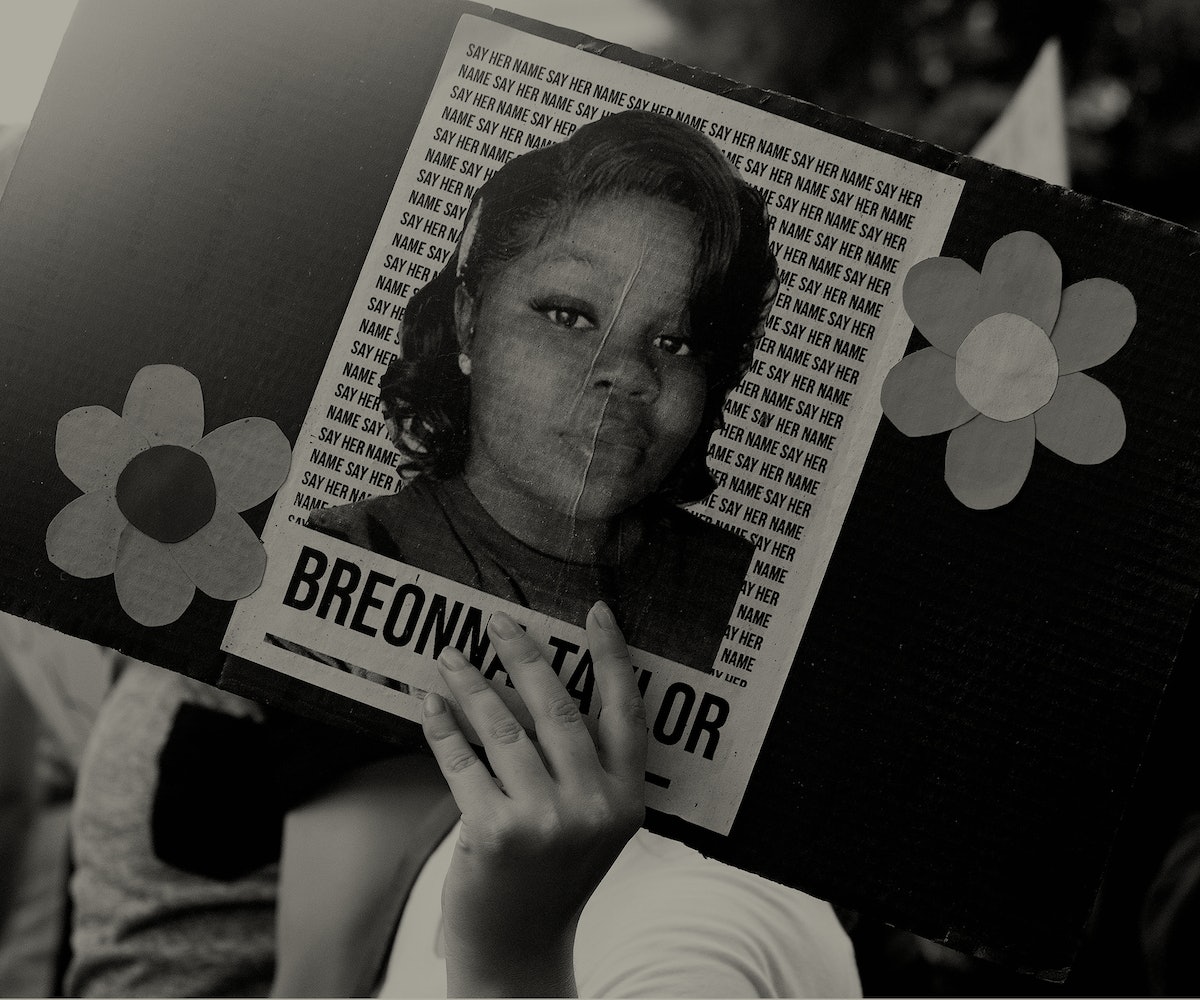 While the racist murder of George Floyd by Minnesota police continues to be the focal point for protests nationwide, the people of Louisville, Kentucky are still mourning and fighting for one of their own. Breonna Taylor, a 26-year-old E.M.T. and emergency room technician, was sleeping with her boyfriend in her home on March 13 when plainclothes officers executed a "no-knock" search warrant. The controversial warrant — one The Washington Post argues was allegedly illegal — allowed the officers from the Louisville Police Department to enter her home without warning or identifying themselves as law enforcement. After using a battering ram to enter her apartment, the confrontation ended in Taylor's death; police shot her at least eight times, killing her.

In the months since, more horrifying details have emerged from the case. The drugs, which were the reason for the no-knock search in the first place, were not there. In fact we now know that Taylor turned out to not even be the suspect the police were investigating. In other words, they got the wrong house; Taylor lost her life for no reason at all.

Though the Louisville FBI announced on May 25, that they have opened an investigation into her case, it's still a long road ahead to getting justice for Taylor and her family. This is also not to mention the numerous other black people who will be victim to no-knock or quick-knock search warrants this year — a number that's risen from 3,000 in 1981 to as high as 60,000 annually in more recent years, according to Mother Jones. It's enough to make one furious — and get to work.

Today, June 5, 2020, Taylor would have turned 27. To honor her memory, you can help her family fight for justice by completing some or all of these action items below, pulled together by writer and critic Cate Young.

The hands-down easiest way to support Taylor's family is to sign the official petition. Your signature will increase pressure on the state of Kentucky and demand that charges be filed against the officers involved, specifically John Mattingly, Brett Hankison, Myles Cosgrove, LMPD pay Taylor's family for their negligence, and that the "no-knock" policy be abolished, and more. At the time of publish, the petition is still 1.3 million signatures away from hitting its 4.5 million signature goal.

Hit Up The Government

Email or call the Kentucky attorney general Daniel Cameron, governor Andy Beshear and the Louisville mayor Greg Fischer and demand the arrest of the officers involved after three months of inaction. Tweet at them, too, while you're at it. Find a list of points of contact here.

The fight for justice can unfortunately be expensive. Open your purse and send aid to Taylor's family through their official GoFundMe page. Don't worry that its already met its goal; every dollar counts.

Send a birthday card for Taylor to the Kentucky attorney general as a reminder that Taylor will never be able to celebrate a birthday again, and that he take action against the officers involved in Taylor's murder. Digital birthday cards work, too.

Birthday cards, or letters can be addressed to:

Office of the Attorney General

For Kentucky residents with the means to travel, a vigil and balloon release will be held Saturday June 6 at the Louisville Metro Hall of Justice at 5 p.m. Attendees are advised to bring blue, silver, white or cream balloons. More information can be found here.