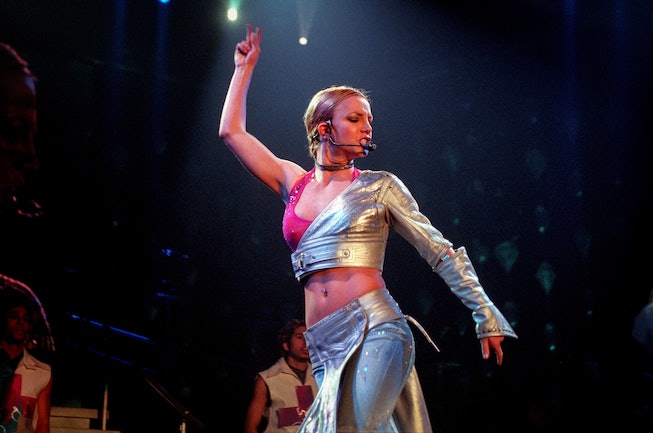 Britney Spears has been going off on her family recently on Instagram. It feels like a reasonable reaction, now that the singer has been freed from the conservatorship by her father Jamie Spears, who, for years has been in charge of making all of her life decisions, including forcing her to work, take medication, and use an IUD, as she revealed in a disturbing court testimony in June. “Not only did my family not do a goddamn thing, my dad was all for it,” she told the judge,

In a new Instagram post, where she posted a photo of a mini typewriter she recently found, Britney expressed frustration at setting up trips or lunch dates, “only to know they’ll bail on you or leave after 10 minutes.” She continued, writing, “I don’t mind being alone ... and actually I’m tired of being this understanding Mother Teresa ... if you’re rude to me then I’m done ... peace out✌🏼 !!! This message is to my family ... for hurting me deeper than you'll ever know !!! I know the conservatorship is about to be over but I still want justice !!! I'm only 5'4" and I've played the bigger person my entire life ... do you know how hard that is ???”

Early this month, Britney posted a photo of a Christmas tree (she’s celebrating early, because “why not?”) and reflected on her newfound freedom, saying she’s waited so long to be freed from the conservatorship by her father and now that she is, she’s afraid she’ll make a mistake. “Lord have mercy on my family’s souls if I ever do an interview!!!” She continued: “In the meantime … I’m staying clear of the business 💼 which is all I’ve ever known my whole life … which is why this is so very confusing for me !!!”

Britney’s mother Lynne Spears supported Britney’s freedom from the conservatorship in court earlier this year, but her brother Bryan Spears called the conservatorship a “great thing” for his family in a July 2020 podcast interview. On Instagram in June, Jamie Spears wrote, “if ending the conservatorship… or whatever the hell else she wants to do to be happy, I support that,” after getting backlash for being silent.

The next hearing in the conservatorship case is November 12, where the termination of the agreement altogether will be discussed.