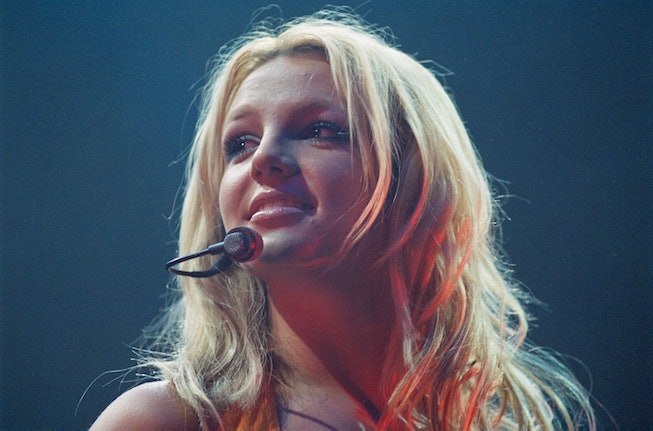 Britney Spears revealed new and disturbing details about the treatment she has endured under the conservatorship of her father, which the singer spoke about at length about on June 23 in a 24-minute statement to a Los Angeles judge. It’s the first time she’s spoken candidly and publicly about the conservatorship, which began in 2008 and gives her father, Jamie Spears, control over the singer’s finances and life decisions. Below is some of the new details we learned about the arrangement, which Spears describes as “abusive.”

Spears says she was forced to do a tour in 2018. Afterwards, she wanted a break but was told she needed to keep working to prepare for a new Las Vegas show. Spears was rehearsing twice a day and leading 16 dancers in choreography for the show. When she said no one specific dance move, her therapist at the time said that her manager called him and told him she wasn’t cooperating in rehearsals. “Ma’am, I’m not here to be anyone’s slave,” she said. “I can say no to a dance move.”

She doesn’t have a say over her medication

After Spears said no to performing the Las Vegas show, her therapist told her he’d been receiving calls about how she wasn’t participating in rehearsals, and the next day, took her off her normal medication and put her on lithium, which left her unable to have normal conversations. “I told him I was scared, and my doctor had me on six different nurses with this new medication, come to my home, stay with me to monitor me on this new medication, which I never wanted to be on to begin with,” she said.

She's forced to wear an IUD

Spears said she would like to get married and have a baby but can’t due to the conservatorship, which doesn’t allow her to take out her IUD. “I wanted to take the (IUD) out so I could start trying to have another baby. But this so-called team won’t let me go to the doctor to take it out because they don’t want me to have children – any more children,” she said.

She’s not allowed to see friends

Spears said she went to three Alcoholics Anonymous meetings a week for two years, where she made friends who she isn’t allowed to see, even though they live a few minutes from her. This falls in line with a new report from The New York Times, which found that in 2016, Spears reportedly told a court investigator that she wasn’t allowed to make friends without her father’s approval.

She says she was abused by her psychiatrist

Spears spoke at length about the difficulties she’s faced with therapists, saying she was forced to see a therapist three times per week and was only given the option to select between two therapists. She also spoke about paparazzi showing up to her therapist’s office and her desire to get treatment in her home. “I deserve privacy,” she said. She also said the treatment by her former therapist, who passed away in 2019, was abusive. “When [Dr. Benson] passed away, I got on my knees and thanked God,” she said.

She was forced to go to a $60,000/month rehab center after failing a psych evaluation

Over the Christmas holiday, Spears underwent a psych evaluation. When she was told she failed, her father said she had to go to a $60,000 per month rehabilitation center. There, she worked 7 days a week and had no privacy; nurses and security watched her change every day. “The control he had over someone as powerful as me — he loved the control to hurt his own daughter 100,000%. He loved it,” said Spears.

She’s not allowed to ride in her boyfriend’s car

Spears didn’t elaborate, but mentioned twice that she would like for her boyfriend to be able to drive her in his car. “All I want is to own my money, for this to end, and my boyfriend to drive me in his f*cking car,” she said.

When she told the world she was happy, she was in denial

Spears told the judge that when she told the world she was okay and happy, via Instagram, it was a lie. “I thought I just maybe if I said that enough maybe I might become happy, because I’ve been in denial. I’ve been in shock. I am traumatized. You know, fake it till you make it. But now I’m telling you the truth, OK? I’m not happy. I can’t sleep. I’m so angry it’s insane. And I’m depressed. I cry every day.”