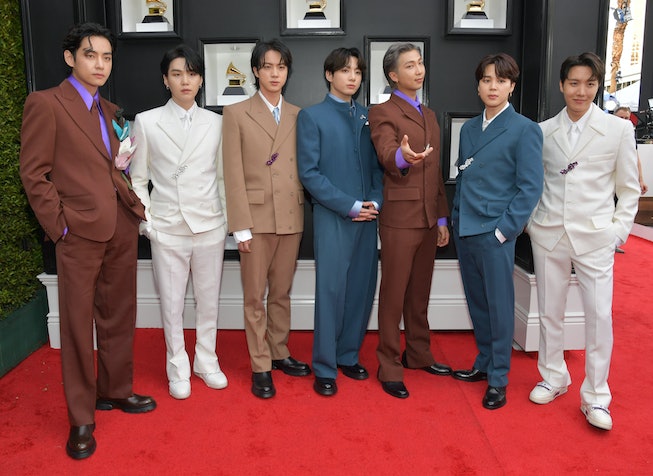 Holiday miracles are already arriving: Not one, but two BTS documentaries are coming to Disney+ this season.

BTS Monuments: Beyond The Star is described as a music docuseries charting the monumental success of the K-pop group, featuring an extensive collection of footage of the band over the past nine years, showcasing the lives of BTS’ seven members as the group prepares for its next chapter.

“We are here for you with a very special invitation. A new documentary series that contains the story of our growth and our music from our debut to today BTS Monuments: Beyond the Star is coming your way,” the BTS boys say in a teaser for the documentary, which was released today. “We invite you all to the stories of our blood, sweat, and fears. I hope you find new sides of us that are previously unseen It shares candid stories that have never been told, so please look forward to it.”

The next chapter of BTS, for at least one member the group, includes a solo album — which is where a second BTS documentary comes in. An untitled documentary about J-hope is also in the works to be released on Disney+, which will follow the pop star as he gets ready to release his solo album Jack In The Box, which came out in July. The docuseries will feature behind the scenes moments, his performance at Lollapolooza, and the album listening party.

If every BTS member eventually does a solo album and corresponding docuseries, there’s an unwieldy amount of documentary (and dollar) potential. The next BTS member to go out on their own is RM, whose solo rap album Indigo is out December 2. No word yet on if he, too, will get a docuseries. The reveal of the BTS documentaries also comes during a transformative time for members of the group: Jin's recently announced his military enlistment date and Jungkook performed at the 2022 FIFA World Cup opening ceremony in Qatar.

Beyond BTS, Disney+ is going full force in in their K-pop content: The streamer’s 2023 lineup also includes documentaries on Super Junior, titled Super Junior: The Last Man Standing and NCT: 127, titled NCT 127: The Lost Boys, which will look deeply at each group, follow NCT 127’s recent North America and Japan tours, as well as explore the K-pop industry.