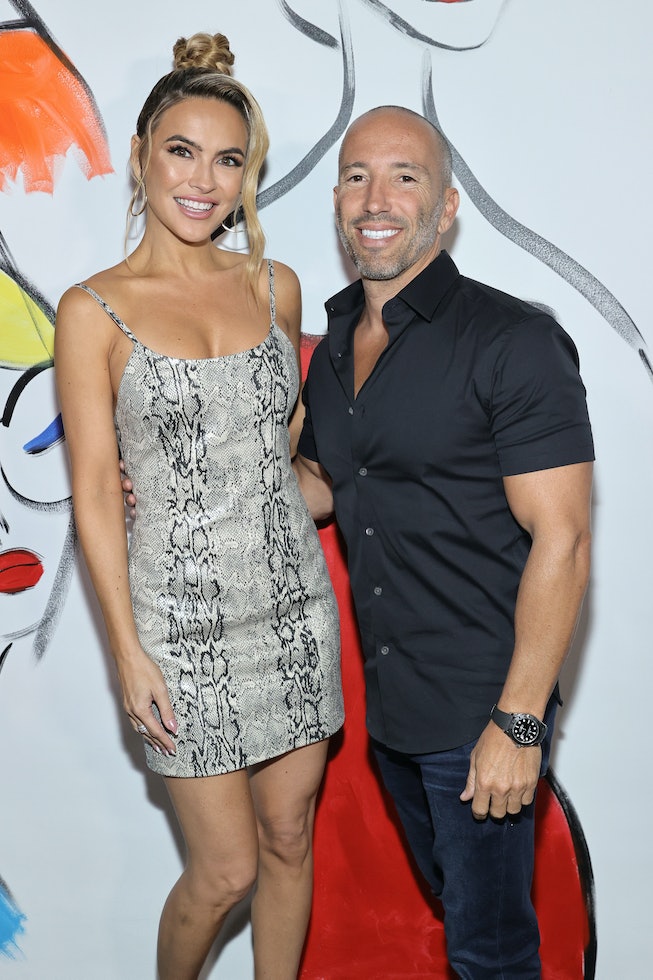 The duo were first seen canoodling on a boat back in the summer, a time of post-vax optimism and promised hedonism. The couple seemed like an odd one. Not to get all Zendaya and Tom Holland about it and piss off Jameela Jamil — who is really tired of talking about couples’ height differences — but I don’t think any loyal viewers expected Chrishell to rebound from her divorce with This Is Us star Justin Hartley with short king Jason, who, not only used to date Chrishell’s coworker Mary Fitzgerald, but who is also her boss! Hartley and Stause’s divorce was a major plot point of the show’s third season, after Hartley abruptly filed for divorce after sending Stause a text message. The relationship is undoubtedly messy all around, but messy is good for buzz.

(Side note: In a ridiculous TMZ “Year of the Short King” segment, Stause said height is no biggie in relationships, and "it's more about what's inside." Aw!)

In an interview published on December 15, Stause told E! her relationship with Oppenheim was an "easy transition" because "we were working so much together as it was, and we work so well together." The two spent Thanksgiving serving hot meals at the Los Angeles Mission and were seen together just two days ago in a video Stause posted on Instagram of them in a makeup trailer wrapping Season 5.

But life comes at you fast! Who am I to suggest they dated just for publicity? But given the timing of their relationship — they got together while Season 4 was being teased and broke up almost exactly a month after it aired, totaling up to five months of dating — it’s not absurd to suggest. Hers and Oppenheim’s relationship wasn’t actually captured on-camera for Season 4, so here’s hoping the breakup doesn’t factor heavily into the plot of Season 5. But knowing the Oppenheim Group and the drama that surrounds it, that’s probably wishful thinking.

We don’t know anything about Season 5 yet, except that it has wrapped, but highly recommend binging Season 4, which was released last month and features two new agents, one of whom has an incredibly vague “empanada” business, Christine’s much-anticipated baby, and more. Watch the trailer, below.