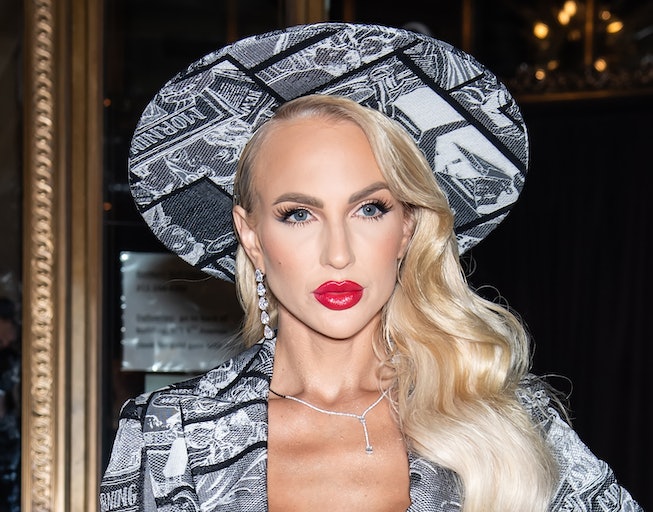 Christine Quinn of Selling Sunset is a polarizing figure. The high-powered glam Barbie is responsible for virtually all of the drama on the show, but without her, it would just be a bunch of influencers selling mansions to venture capitalists. Um, boring! We all know reality television is anything but, but in an interview on the Call Her Daddy podcast, Quinn revealed the show’s secrets when it comes to storyboarding, scripting, salaries, and producer manipulation. “I’m gonna get sued after this. I don’t care. You can’t afford my lawyers,” she said, before launching into the juicy and disturbing details.

Quinn revealed that there are allegedly three tiers for salaries, and that she and Jason get paid the most of anyone in the cast, a deal she had to negotiate. “But that wasn’t the decision of production,” she said. “That was me with my entertainment attorney basically saying this is my value. And I think it’s all about recognizing your worth.”

According to Quinn, there are allegedly six storyboarders responsible for creating the show’s storylines, and that she often rejects scripted moments or scene. She says producers manipulate the cast by separating them from each other and allegedly stoking gossip and animosity. “I know how it works, I don’t take anything [the producers] say to heart, but new girls coming in do,” she said. “But they do everything they can to amp the girls up, to rile the girls up ... It is a male dominated industry in the production field, to which they manipulate women, they harass them, they just mentally torture and intimidate them."

She explained that they will shoot a dinner scene for three hours and said the producers tell them: If you say a certain sentence, they’ll let them leave. “After three hours, it gets to the point where you’re like fine I’ll say that I don’t care. It’s the intimidation tactics,” she said.

Quinn took specific aim at Adam DiVello who owns the show’s production company, which also produced The Hills. Quinn says she and other have filed multiple complaints against DiVello and that he is allegedly no longer allowed on set because of misconduct, which she said was “extremely terrifying.” She also accused DiVello of once allegedly telling her to “go fall down the stairs” and harm herself. “There’s been complaints filed against him. Multiple complaints ... and it’s been sick,” she said.

Quinn has officially left the Oppenheim Group to start her own company, but never fear: She told US Weekly this week that she’ll “absolutely” be back for the next season...that is unless she gets sued or something.