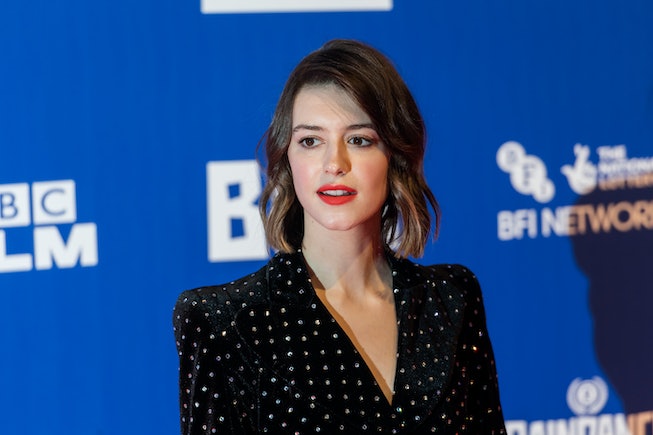 Daisy Edgar-Jones has been a household name for those of us entrenched in the Sally Rooney universe since Normal People aired on Hulu in 2020. Edgar-Jones became a breakout star — especially in said circles — for her performance as the socially awkward Marianne, a steamy role that involved making out with Paul Mescal. Now, Edgar-Jones is going to be a household name, even for people who don’t listen to Phoebe Bridgers : She was just cast as Carole King in a musical biopic based off the Broadway musical Beautiful: The Carole King Musical which follows the life of the famed singer, as reported by Variety.

Edgar-Jones is not famous for being a singer, but she did sing a few bars of Bette Midler’s “The Rose” in the Golden Globe nominated TV adaptation of John Krakauer’s nonfiction book Under the Banner of Heaven with a delicate beauty. Nevertheless, Edgar-Jones has already gotten the only stamp of approval that matters: from King herself.

“Daisy has a spirit and energy that I recognized as myself when I was younger,” King told Variety. “She’s a tremendous talent and I know she’s going to give a great performance.”

The biopic will be directed by Lisa Cholodenko, who is writing the script along with Stuart Blumberg; it is their second project together after they both co-wrote 2010’s The Kids Are All Right, the fun for the whole family tale of a lesbian couple, their kids, and their sperm donor. The script is still in development. Tom Hanks has signed on as a producer.

King is as beloved as a Dolly Parton or a Celine Dion — both of whom are also getting their own biopic treatments. And Beautiful: The Carole King Musical confirmed this fan devotion: The musical was a smash hit, running on Broadway for five years, gracing audiences with King’s greatest hits, including “One Fine Day,” “(You Make Me Feel Like) A Natural Woman,” “I Feel the Earth Move,” and “You’ve Got a Friend.” When it closed in October 2019, it had been performed more than 2,400 times.

The success of King’s musical got film execs interested nearly a decade ago. The film has been in the works for at least the last seven years, when Sony bought the rights to King’s songs.

We don’t know yet when the film will be released, but in the meantime you can watch Edgar-Jones sing “The Rose.”