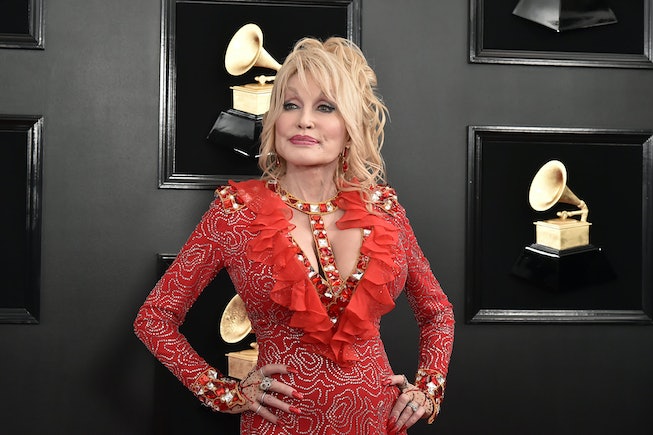 People can’t get enough of Dolly Parton. The staunch devotion is something the famously humble singer has never really grasped, as evident by her recent decision to decline her Rock and Roll Hall of Fame nomination. But now, she’s finally ready to give the people what they want: She’s in talks about potentially adapting her life story into a musical biopic.

The words “musical biopic” may cause the ears to burn of some people still recovering from the unfortunate Queen musical biopic Bohemian Rhapsody or the bizarre Elton John musical biopic Rocketman, but it’s safe to bet that if Dolly has her hands on the film, it’s going to be as overwhelmingly excellent and accidentally touching as she is.

“I do intend someday to be on Broadway, but I’m thinking now that I might do my life story as a feature,” she said in an interview on the Mr. Nashville Speaks radio show. “Maybe possibly even a musical feature, so we’re in talks about that.”

In the past few years, Parton and her team discussed the possibility of a Broadway musical adaptation, where Parton even had casting ideas. "I love Kristin Chenoweth. She’s just absolutely fantastic,” she said. “I thought she’d be an ideal person to do that... We'd probably have to have — as long as my career has been — like a little Dolly and a middle Dolly and then the older one." (We’d like to take this moment to formally nominate Parton’s goddaughter Miley Cyrus to be one of these Dollys. Thank you.)

While a Dolly biopic is but a twinkle in her eye as of now, she’s going to soon star in an upcoming feature film adaptation of Run, Rose, Run, the novel she co-wrote with James Patterson, which was released last month and was an immediate bestseller. The novel follows Rose, a young woman with a brutal secret who moves to Nashville to become the next country music star, which means Dolly better sing! Parton and Patterson will produce the film, along with fellow Southern Belle Reese Witherspoon.

“Growing up in Nashville, I’ve loved Dolly since the moment I heard her magical voice and saw her luminous personality shine onstage,” Witherspoon said in a statement. “Beyond her magnetic presence as an artist and performer, she is one of the greatest songwriters and storytellers of our time.”

NEXT UP
Culture
A Britney Spears-Inspired Musical Is Coming To Broadway
Culture
Aubrey Plaza Directorial Plans Involve Filling The “Female Tim Burton Spot”
Culture
Spotify Wrapped Is The Only Social Media That Doesn’t Lie
Culture
Not One, But Two BTS Documentaries Are Coming