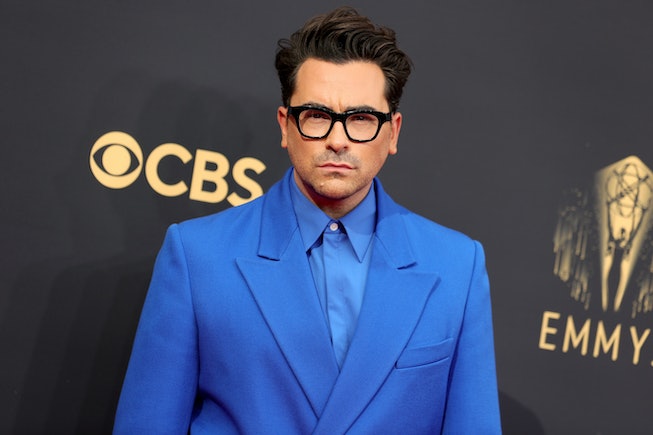 It was only a matter of time before Dan Levy — who is everywhere — got his own cooking show. The actor and writer most famous for making the world fall in love with him for his fashion goth with a heart of gold character David in Schitt’s Creek is going to star in the new HBO cooking show The Big Brunch, set to premiere in 2022.

Dan’s cooking show is the latest in a series of cooking shows from celebrities who don’t really cook — including Paris Hilton’s Cooking With Paris and Selena Gomez’ Selena + Chef. (I’m sorry, what is that title?) The recent proliferation makes sense for studio and celebrity wallets: Cooking shows, like brunch, are cheap-to-produce and despite never being that good, get gobbled up by consumers. So while we really don’t need a show about brunch, and while we fear Dan is getting a little overexposed in the wake of the late success of Schitt’s Creek, we also can’t blame him for saying yes. (Even though, if you’re Hollywood nepotism elite, you don’t have to do reality cooking competition shows!)

According to Variety, The Big Brunch will highlight “undiscovered culinary voices” from the U.S., with chefs competing to find ways to “redefine what it means to dine between 11 a.m. and 3 p.m,” giving them the chance to compete for a “life-altering prize.”

“Everybody has a friend, a family member, or a co-worker that is extraordinary at what they do, they just need a leg up so that their talents can be appreciated on a larger scale. Thanks to an almost obsessive love of food, I’ve been lucky enough to come across many of those people in the culinary world — friends working out of cafes or food trucks, revolutionizing the menus at local diners — those special humans who create communities around their cooking, hoping to take their skills to the next level,” Levy said in a statement. “I created this show for them, the local culinary heroes of America who deserve a spotlight. That, and who doesn’t want to watch maple syrup being poured slowly over a golden stack of perfectly cooked, creme brûlée inspired French toast?”

Anyway, auditions for “The Big Brunch” are currently open. If you’ve got a fresh take on eggs and toast, you can apply here.