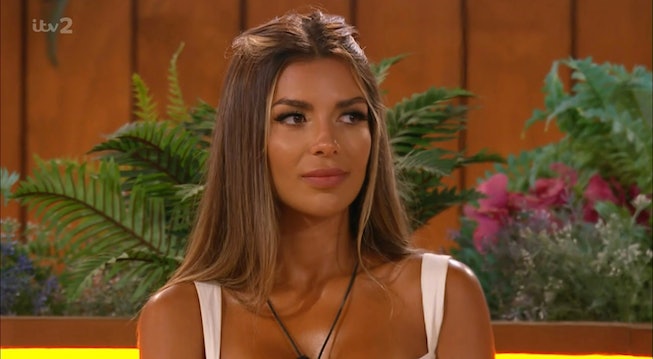 In every season of Love Island, there is a chosen one: One islander to enter the villa, eclipse all of the other contestants with a strong sense of self and ample charisma, and capture the hearts of the British and international public. And in Love Island’s latest — and arguably best — season, that person is Ekin-Su.

As a Love Island devotee, I’ve seen it all. I know the absolute bonkers levels of drama that this show can reach, and I expect nothing less from each incoming class of islanders. I want mayhem as much as I want kindness; I want a heartbreaker as much I want the a “genuine connection” to play out on my television; I want someone with a real zest for life beyond aspirations to snag a fast-fashion contract through post-villa fame. And to get that all in one islander is nothing short of reality television gold.

Ekin-Su’s arrival in Mallorca changed Love Island history. While indoctrinating (and mildly bullying) loved ones to watch this season, I gave them a little guidance. “Start with Ekin-Su’s first episode,” I’d tell them. “That’s when the season really begins.” Ekin-Su landed at the villa as one of the season’s first bombshells — new arrivals meant to turn heads and stir the pot. From the moment she walked through the heart-shaped entrance and floral halls, Ekin-Su’s name was on the villa deed. She owned that place.

As a working Turkish soap opera actress, Ekin-Su delivered on some much-needed drama to revive a series on life support. Everything she did was instantly added to the Love Island hall of fame. Crawling on all fours across the terrace to steal kisses from Jay became the highlight of the season; her blowout fight with Davide — which gave us the now-iconic turn of phrase, “You are a liar, actress, godefukout!” — quickly usurped the seminal fights of Terry and Malin and Anna and Jordan of seasons past. Even her heightened gasps whenever a text was received were more entertaining than some of the islanders’ entire personalities combined. For the past two months, the typically divided waters of Love Island Twitter agreed on one thing: The producer responsible for finding and casting Ekin-Su deserves a historic raise.

Although Ekin-Su provided ample spectacle in bodycon dresses and lush lashes for the camera, what endeared her to the public was something deeper: her sense of grace and heart. In rectifying her relationship with Davide, Ekin-Su gave a redemption arc worth rooting for. In a villa filled with prickly personalities (I’m referring to Luca, of course) and heightened emotions, Ekin-Su brought levity and humor. Nathalia tried to belittle and enter the ring against her, only for Ekin-Su to flip the switch on a brawl and turn it into a genuine moment of fun for all the islanders: a pancake making contest with WWE-level personality. There’s never any hard feelings when you have a heart of gold.

Ekin-Su may have come into the villa with big talk about not making “seasonal girlfriends,” but it was the friendships she forged that added dimension and appeal. In lieu of spewing vitriol against her fellow islanders, or worse, blatant two-facedness, Ekin-Su opted for something often radical by villa standards: being a good friend. She gassed up her girls when they felt low, she shared in their joys when they hit milestones, and she never moved with resentment against anyone. She realized her role as a pseudo-matriarch throughout the season, commenting on feeling like a mother while the rest of the girls cuddled with her in bed.

At the season’s end, Ekin-Su landed on top in countless ways. Yes, she’s the literal winner of the season — and her season’s obvious MVP — but she’s also the people’s princess. I’ve never rooted for a Love Island contestant more in my life; my throat is currently sore from screaming in joy over her and Davide’s win. Watching videos of crowds exploding with glee over her new title feels like a paradigm-shifting moment for both Love Island and culture at large. I can’t wait to see where Ekin-Su pops up next. Will she get a darling cooking show with Davide? Or, will she come for Laura Whitmore’s bag and host Love Island? She can do anything, and best of all, she knows no one can do it like her: “I’m Ekin-Su, babes, and there’s only one of me.”