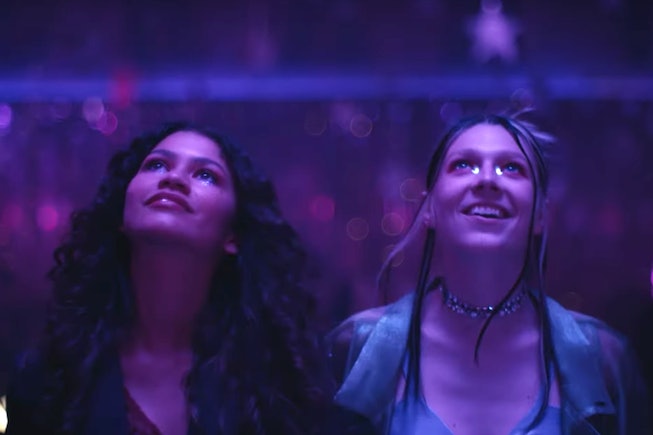 It’s been two, long years since Euphoria premiered on HBO. While fans have been patiently waiting for the return of the drama that deals with beautiful teens and their drug addictions, messy sex lives, identities, and friendships, HBO on August 10 gave us a morsel of new info to get us excited for Season 2, announcing three new Euphoria cast members.

Minka Kelly, Demetrius “Lil Meech” Flenory Jr. and Dominic Fike will join Zendaya and Hunter Schafer, alongside the rest of the cast. Although there’s no word yet on what roles the newcomers will play, according to Deadline, at least one of the characters is recurring. Other confirmed cast members include Maude Apatow, Angus Cloud, Eric Dane, Alexa Demie, Jacob Elordi, Barbie Ferreira, Nika King, Storm Reid, Algee Smith, and Sydney Sweeney.

At one point, Backstage revealed that Euphoria was looking for a “Black male actor, aged 18 - 25” to play the role of Jamieson, but not much is known about his character, or if any of these newcomers filled that role, or another. Kelvin Harris Jr. was originally going to join the cast of Season 2, but backed out due to scheduling conflicts.

There’s not an exact premiere date for Season 2 yet, but it’s set to arrive in late 2021. The last viewers saw of Euphoria were two holiday specials centering Rue and Jules as the each dealt with the fallout from events of the Season 1 finale. Rue gets some sage advice about love, life, and addiction from her sponsor, Ali, while Jules speaks about her experience as a trans woman to her therapist, including one of the most touching monologues in the series to date.

In the meantime, you can watch the Season 2 trailer, which Zendaya uploaded on Instagram in June, with the caption, “Happy 2 year @euphoria anniversary…see you soon:)” The trailer doesn’t offer much in terms of plot, but it shows Jules and Rue seeing each other across the crowded hallways of East Highland High School, looking at each other with a slight smile. And if that’s not enough to satiate the need for new Euphoria content, there’s always the Euphoria book collection, which includes episode screenplays, behind the scenes photos, cast and crew interviews, and all the special Euphoria content (outside of actual Season 2 plot details, of course!) you could ever want.