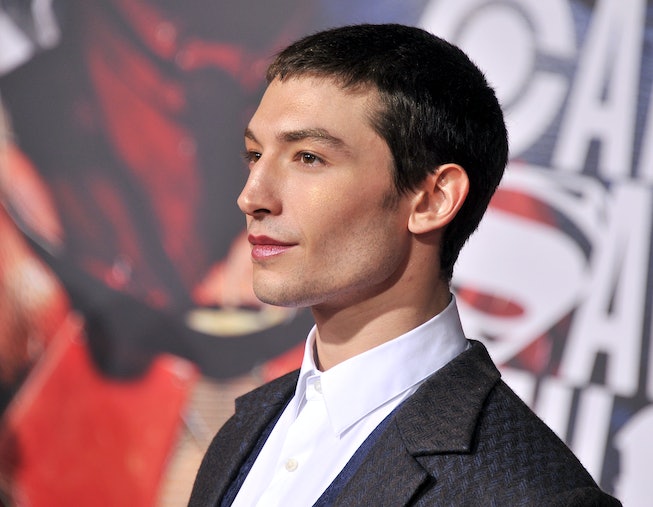 Ezra Miller has been quietly wreaking havoc in Hilo, Hawaii recently, and on the evening of March 27, the actor was arrested for harassment and disorderly contact at a karaoke bar. What set Miller off? Per Hawaii Police Assistant Chief Kenneth Quiocho, Miller was aggravated with people singing Lady Gaga and Bradley Cooper’s “Shallow.”

Miller — best known for playing The Flash in the Justice League franchise (or to some of us as Patrick in Perks of Being a Wallflower), and who will star in Fantastic Beasts: The Secrets of Dumbledore this spring, was apparently yelling obscenities, grabbed a mic from a singing woman, and lunged at a man playing darts, according to police. They were released after paying a $500 bail — but it’s far from the actor’s first brush with the law since arriving in Hawaii an unknown number of days ago.

Miller also had another brush with the law hours later. According to the AP, two Hawaii residents accused Miller of breaking into their bedroom and stealing their passports and wallet. On Tuesday, the couple people filed a petition asking a court for a temporary restraining order. According to The Independent, the complaint says Miller “burst into the bedroom of the petitioner(s) and threatened” the alleged male victim by “saying ‘I will bury you and your slut wife.’”

Apparently, Miller met the couple at a hostel, and they were initially on good terms, with the couple even letting Miller stay with them, according to the hostel’s owner Terry Prekaski. “He’s friendly and he makes people feel good,” Prekaski told the AP. “He’s not a snob. He takes pictures with people.” (Prekaski was not aware that Miller uses they/them pronouns.)

It’s unclear why Miller is in Hawaii, or for how long the actor will stay — but by the look of things, it might be good for them to end the trip sooner rather than later.