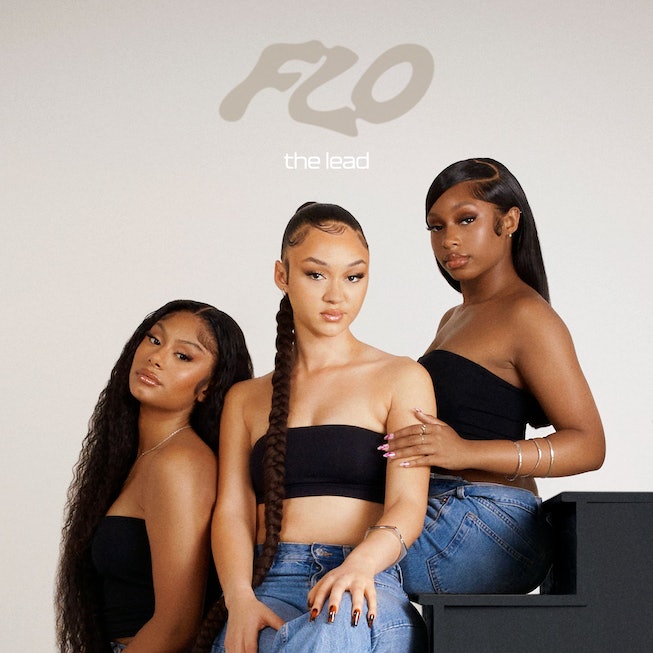 Girl groups are one of the most powerful forces in music. From the generation-defining Destiny’s Child to the AI-heralding aespa, name one thing more intoxicating than three-part harmonies. It’s about time for a new girl group to come save us from our collective ennui whether it be over basic rights being obliterated or the fact that a tube of toothpaste somehow now costs $8. Enter FLO, a three-person girl group from London who is about to save your summer.

FLO has been a bit of a viral sensation in the U.K. for a few months now, gaining traction for their Y2K style, syncopated dance moves, nostalgic R&B sound, as well as for their impossibly catchy music, particularly their track “Cardboard Box.”

“I got a confession, I don’t think I want you anymore / There’s no room for questions, I saw her panties on the bedroom floor,” they sing in exquisite harmonies that evoke the best of 2000s R&B.

The group, comprised of Renée Downer, Jorja Douglas, and Stella Quaresma first formed after childhood friends Downer and Quaresma met Jorja at an audition and felt an immediate connection. “I saw the girls and we screamed across the room,” Jorja says. “I knew from that moment we were about to start something big.”

They’ve been honing their sound over the last two years, working with producers Aston Rudi and MNEK, who’s worked with Dua Lipa, Little Mix, and Beyoncé. Now, they’re ready to release their debut EP The Lead on July 8. Find everything we know so far about it, below.

The sultry EP is about power

The band released its first single from the EP “Immature,” earlier this week — an anthem about not needing someone mediocre dragging you down.

“‘Immature’ is about being strong and confident in yourself and we really don’t have time for someone being immature,” FLO said in a statement. “It’s ok for you to tell a partner, ‘You’re not giving me what I want and you say you want my body, but you aren’t doing anything about it!’ It’s our more grown up record and the next phase of the story to ‘Cardboard Box.’ We had to dump them in ‘Cardboard Box,’ but this is about why it was necessary.”

The band told Dazed in May to expect “girl power, sultry, feel-good songs that make you want to dance, have fun with your friends, get dressed up, and be that independent boss babe.”

“It’s important that everyone, especially young black women, have someone they can relate to and someone they see themselves in,” the group continued. “The experiences we all go through are so universal, and no one should feel alone in that.”

The EP will have five tracks

In addition to “Cardboard Box” and “Immature,” the EP will include “Another Guy,” which is described as an acoustic “neo soul hit,” the R&B slow jam “Feature Me” and the hot, sweaty anthem “Summertime.”

They’ve got Missy Elliot and SZA’s stamps of approval

What else do you need to know? “It feels so surreal to have praise from the people we grew up listening to and are fans of,” FLO told Dazed. “Sometimes we have to pinch ourselves to make sure it’s real.”