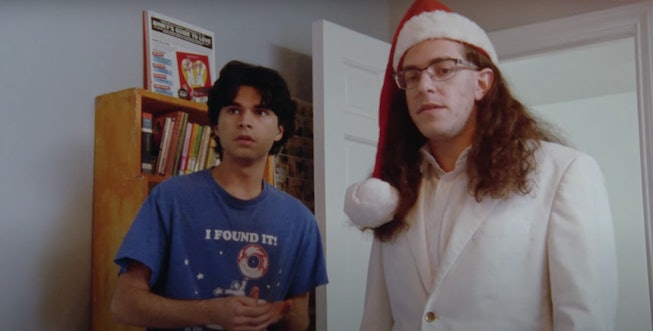 The Safdie Brothers are at it again: This time, they’re not following Adam Sandler in a high-adrenaline rush as a New York City diamond dealer in Uncut Gems, but producing a coming-of-age dark comedy Funny Pages, which will be produced by A24, about a cocky wannabe comic book artist in New Jersey.

Funny Pages follows a talented wannabe cartoonist (played by the earnest and annoyingly charming Daniel Zolghadri of Eighth Grade and Tales From The Loop) who drops out of high school and moves out of the New Jersey suburbs to picturesque Trenton to pursue his dream. Or, as A24 puts it succinctly on Twitter, it’s “the story of New Jersey’s next great comic book artist and biggest dick.” Eventually, he meets an older, awkward cartoonist who becomes his mentor (Matthew Maher). In Safdie fashion, an offbeat cast of characters emerge, chaos ensues, and a Christmas is ruined when a sedan slams into a garage door. The film also stars Maria Dizzia and Josh Pais (of The Dropout) as his concerned parents, and theater vet Stephen Adly Guirgis as a high school art teacher.

Shot on 16mm film, Funny Pages has a deeply nostalgic feel as if the film was dusted off from the mid-90s, with a grainy look made grainier by normcore costuming, like aqua puffy coats or sand-colored cable knit sweaters. The film was written and directed by Owen Kline, most known for playing Jessie Eisenberg’s younger brother in Noah Baumbach’s first, but certainly not last, divorce film The Squid and the Whale. Kline is also the brother of Greta Kline, frontwoman of bedroom pop group Frankie Cosmos. (Both are the children of actors Kevin Kline and Phoebe Cates.)

An artist’s coming of age story is common fodder for a directorial debut, but exploring the waters of cartoonists is less common territory. Not since Seth Cohen and Atomic County has a neurotic high school wannabe cartoonist been so charming. But it’s a story Kline has a personal connection to.

“I wanted to make a movie about a cartoonist, and the hermetic seal of a local comics shop. I wanted to be a cartoonist when I was younger so it was just fabric I was familiar with,” Kline said in an interview with ComicsBeat. “I realized very quickly that having a few characters that were cartoonists was a fun thing to zero in on in terms of character detail. And I’d get to cast cartoonists of different styles for the characters to match their ideals.”

You won’t have to wait long for Funny Pages. The film premiered at Cannes last month and is out in theaters on August 26. In the meantime, you can watch the trailer, below.