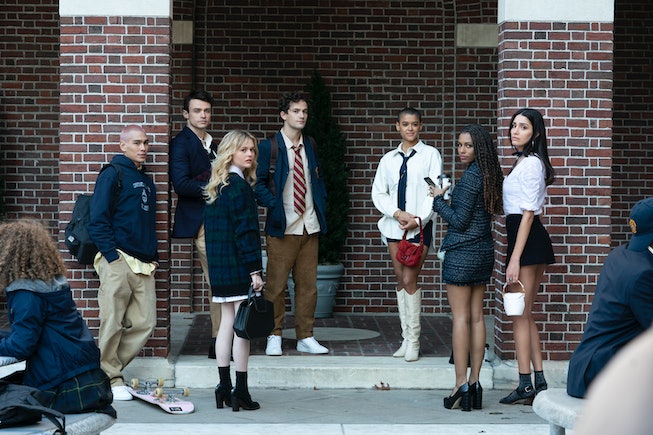 The trailer for the Gossip Girl reboot dropped at midnight and it’s got everything that made the original great: lunch on the steps of the Met, steamy makeouts between actors way too hot to actually be in high school, pleated skirts that take extreme liberties with the dress code. But in the reboot, there are LGBTQ+ storylines and characters, the titular Gossip Girl is no longer a glorified Tumblr but an anonymous Instagram account, and the trailer is set to Frank Ocean’s “Super Rich Kids.” Need we say more?

People are responding with a tidal wave of “here for it” posts, nostalgia for the original and a palpable horniness. Below, we’ve gathered the best reactions to the trailer, which will certainly continue to stream in until the show premieres July 7 on HBO Max.

People are living for the reboot’s LGBTQ+ characters

Some are confused by the hype, but still here to watch rich kids

We all still hate Dan!

...Or just really hyped on all levels

Someone nodded to the iCarly and Gossip Girl reboots happening at the same time, which, wow!

Some pretended not to care (but really care!)

While others are here, understandably, for the clothes.

... OR JUST HERE FOR FRANK OCEAN