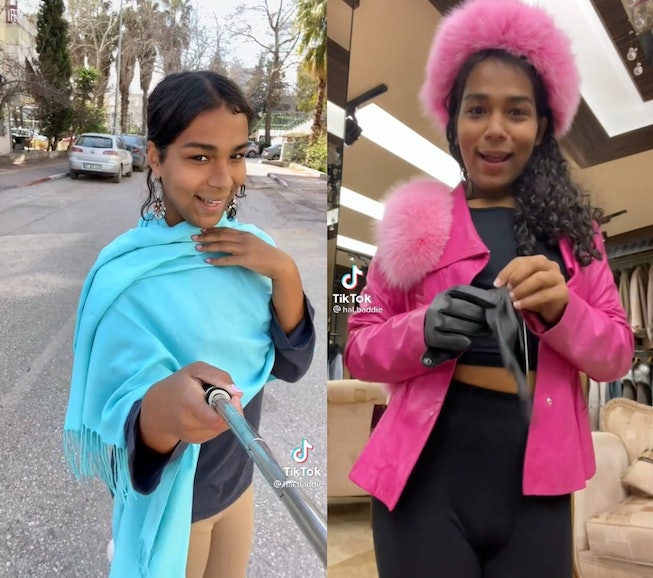 Some days you fire up TikTok, completely unaware that the FYP is going to forever change your life. There’s a level of charisma and humor necessary to stand out among the billions of TikTok users hopping on a popular sound or trend, and luckily for all of us, Devin Halbal aka Hal Baddie has what it takes. Armed with her selfie stick and winning personality, Halbal reshaped our understanding of the English language, and went on to coin the now-viral turn of phrase “Met Gala behavior.” And now, the TikTok star is aiming to throw her own evening to rival fashion’s biggest night, the HAL Gala.

"‘Met Gala Behavior was so successful because it allowed people — other trans women, all types of people from all around the WORLD to DREAM and envision + center THEMSELVES in fashion," wrote Halbal, per Highsnobiety. "'Met Gala Behavior' empowers other people to feel BEAUTIFUL."

Halbal is raising funds for HAL Gala, and is hoping to launch the event in New York City sometime this August or September. “HAL Gala is a space for fashion. It will truly be a cultural reset. Classism and elitism are not welcome here. The theme will be camp!!! HAL Gala Behavior. LET DOLLS BE DOLLS, please.”

Halbal’s concept of “Met Gala behavior” has already been hijacked without credit or compensation by brands, from fast fashion giant Fashion Nova to the podcast advertising, direct-to-consumer jewelry company Meijuri, so the TikTok star’s goal of throwing her own fashion event is all the more necessary and exciting. The other big question that looms on the horizon is whether or not Anna Wintour will get it together in time for the forthcoming Met Gala on May 2 and secure Halbal with a much-deserved invitation. Considering how breakout TikTok stars like Addison Rae and Emma Chamberlain attended the 2021 Met Gala, Halbal’s invitation should be on the top of the committee’s priority list.

"I need to make this space for me and other girls to come after me because we deserve to be on magazine covers," Halbal told PAPER back in March. "And I’m not talking about the dolls that get their work done. I’m talking about dolls who can't afford surgeries. I’m talking about dolls with beards. I think it’s really crazy that we still really don’t have models that are trans women who aren’t cis passing or 100% passing. We need models with beards. We need girls with five o'clock shadows."

You can donate to Halbal’s fundraiser for the HAL Gala, and until then, continue to elevate and stay on your “Met Gala behavior.”