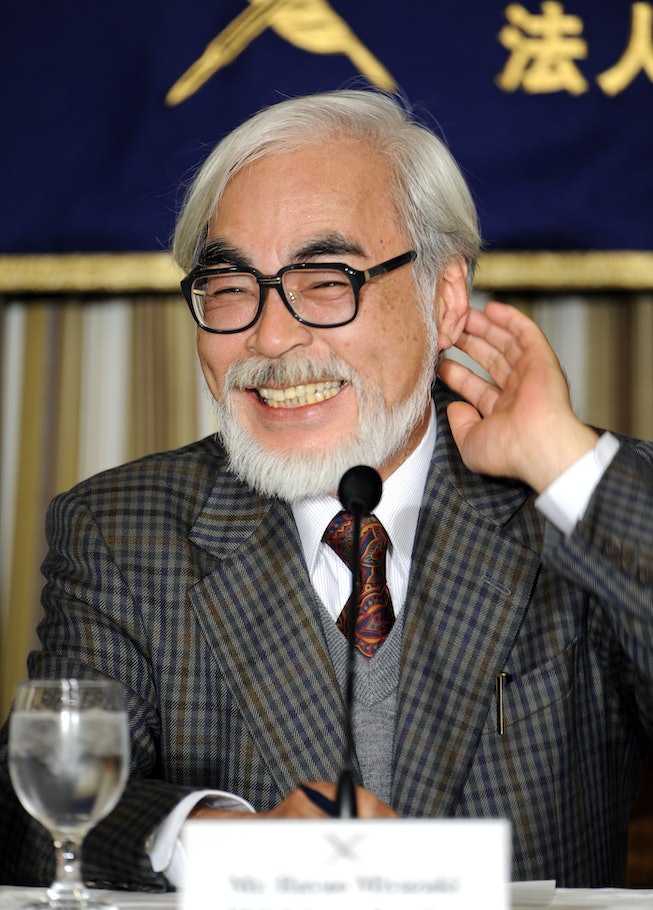 Hayao Miyazaki, the auteur filmmaker whose Studio Ghibli made Spirited Away, Princess Mononoke, Ponyo, Kiki’s Delivery Service, and a handful of other gorgeous, soul-touching, hand-drawn films is gifting us with one final creation. Miyazaki, 80, retired from Studio Ghibli in 2013, after having directed 11 featured in 34 years. Now, in a rare interview and his first to an English outlet since 2014, he told the New York Times Magazine that he’ll be coming out of retirement to make one more film. Why? “Because I wanted to,” he said.

Miyazaki wouldn’t share many details about the new film, besides that it is called How Do You Live, and is based on a 1937 novel of the same name by Genzaburo Yoshino, which Miyazaki has said is one of his favorite childhood books. According to a New York Times book review, the book is basically compulsory reading in Japan, and has sold more than two million copies since it was originally published.

The novel is about a 15-year-old boy in Tokyo whose father recently passed away. He gazes at the city and feels overwhelmed and starts to have an existential crisis. The English translation by Bruno Navasky was published in October, presumably in advance of the film. When asked if he knows the answer to the question the title asks, Miyazaki told The New York Times, “I am making this movie because I do not have the answer.” Studio Ghibli producer Toshio Suzuki describes the film as “fantasy on a grand scale.”

While the plot sounds straightforward, you can count on Miyazaki to inject fantastical elements, moral ambiguity, and quiet, beautiful moments of dark contemplation. The plot of the novel certainly has some Disney elements, but Miyazaki always has been and will continue to be the anti-Disney. In a 1988 lecture, he described Disney films as showing, “nothing but contempt for the audience.” (Well-said.)

Miyazaki’s last film was The Wind Rises, about Jiro Horikoshi, the man who designed Japanese fighter planes during WWII. But Studio Ghibli did release its first 3D CGI feature last year: Earwig and the Witch, a coming-of-age tale directed by Miyazaki’s son Goro, which also featured a song from Kacey Musgraves. As we eagerly await more details for How Do You Live, you can watch all Studio Ghibli films on HBO Max, a big win for an audience of Americans as hungry as the giant pigs in Spirited Away to have a reliable way to stream Miyazaki’s masterpieces.