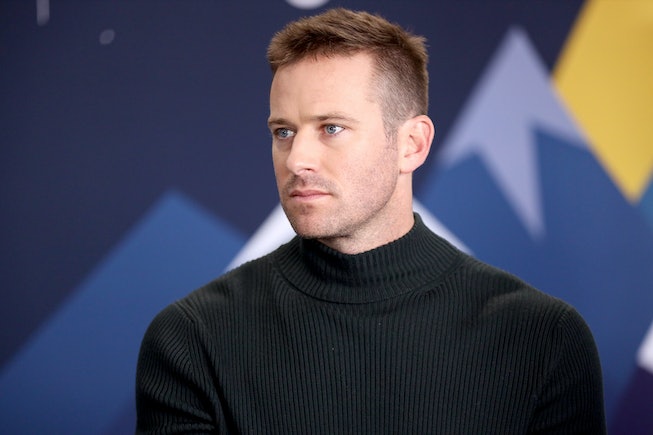 Armie Hammer went from America’s heartthrob to freaky terror seemingly overnight in 2021, as several of his exes detailed accounts of sexual abuse and sexual fantasies that include, mostly famously, cannibalism. (The actor has denied the allegations.) Now, Hammer’s ex girlfriends are speaking out in House of Hammer, a three-part docuseries airing on Discovery+ that reveals the extent of Hammer’s disturbing proclivities, as well as unpacks the dark underbelly of the Hammer dynasty.

The trailer is shocking, revealing frightening voice memos and messages from the actor detailing violent fantasies, as well as candid, emotional on-camera interviews with at least two of his former girlfriends, as well as family members.

“I have a fantasy about having someone prove their love and devotion and tying them up in a public place at night and making their body free use,” reads one alleged message from Hammer. “I am 100% a cannibal,” another message says, with a handwritten note saying “I am going to bite the f*ck out of you.” Another details “showing up at your place and completely tying you up and incapacitating you and being able to do whatever I wanted to every single hole in your body until I was done with you.”

Based on the trailer, it looks like half of the doc is devoted to the abuse allegations and half seeks to reveal the dark secrets of the Hammer family. Hammer is the great grandson of business mogul Armand Hammer, and Armie’s allegations of abuse aren’t the first time the family has been mired in scandal. Armie Hammer’s great-great grandfather was convicted of first-degree manslaughter in 1920, after the wife of a Russian diplomat to whom he gave an abortion died. And in 1955, Julian Hammer, son of Armaund, allegedly killed a man over a gambling debt, though charges were later dismissed.

Revelations about the Hammer family come directly from a Hammer herself: Casey Hammer, Armie’s aunt, who, in 2015 wrote a book called Surviving My Birthright, in which she alleged that her father sexually abused her when she was a child. She also serves as a consultant on the show.

“I’m about to reveal the dark, twisted secrets of the Hammer family,” Casey Hammer says in the trailer. “On the outside we were a perfect family, but magnify Succession a million times and it was my family.”

Armie, meanwhile, was dropped from all his projects and was allegedly seen earlier this summer working at a resort in the Cayman Islands selling timeshares to try to support his estranged wife and two young children. He also apparently completed a stint in rehab, which allegedly was on the dime of Robert Downey Jr.

House of Hammer premieres on Discovery+ on September 2. You can watch the trailer below: