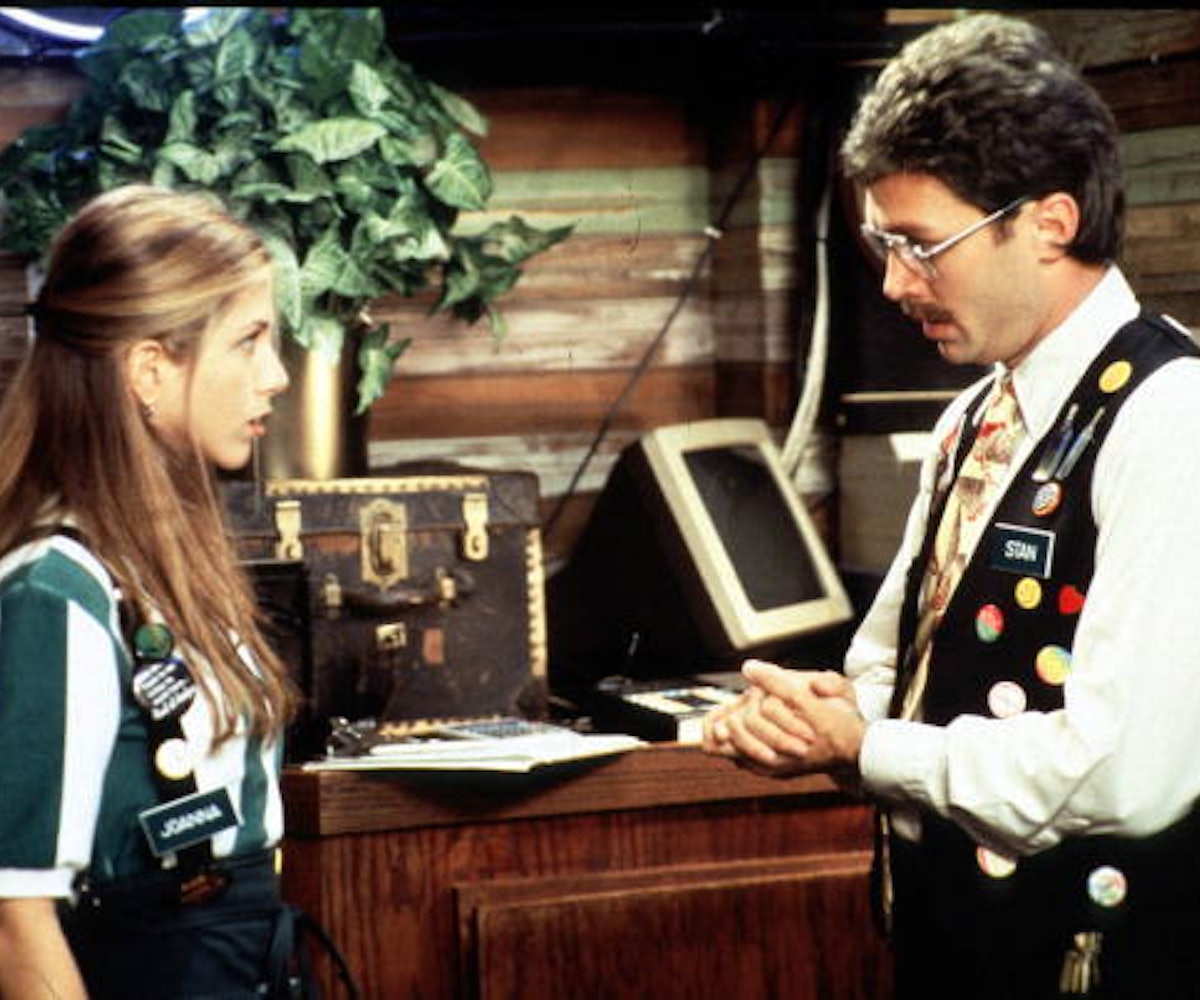 PHOTO FROM 'OFFICE SPACE' VIA GETTY

The worst person in New York City is a 29-year-old woman, ostensibly named Sam. How do I know to single out Sam, alone amidst a population of eight million people, many of them not so great themselves? Simple. It's because Sam is someone who tips "around $5, whether the bill is $50 or $100." Sam doesn't feel the need to tip her waiters, because she would "rather spend that money on other things." What a monster.

I learned about Sam last Friday when Eater published "The No-Tipping Point," an illuminating, infuriating story about people who don't tip their waiters and bartenders. The article gave a glimpse inside an entire subculture of diners who don't care about the fact that, in American restaurants anyway, it is part of the social contract to tip waitstaff.

While writer Monica Burton concedes that many people who don't tip just might not know what's appropriate to do, and cites Michael Lynn, "a tipping expert at Cornell University’s School of Hotel Administration," who explains that "40 percent of people aren’t aware that they should be tipping between 15 and 20 percent," I think that's far too generous of a concession to make. I also think that if people don't know to tip properly, then they probably shouldn't be eating out at all.

Beyond that, as is clear from reading the article, lots of people who don't tip are fully aware of how much to tip, they just don't want to do it. Total sociopath "James" says: "I will add a few dollars and round it to an even number, say a $36.87 meal being tipped $3.13 to make $40.00... This isn’t because I want to tip, it just gives me a little mental math game and I like even numbers."

So what are the rest of us to do, knowing that the person standing next to us at a bar or waiting behind us in line as we order coffee or sitting across the table from us at dinner might be a complete asshole, the kind of person who takes pleasure in depriving others of the ability to make a living wage? Well, unfortunately, there's not that much to do (although, if you know a bad tipper and don't say anything about it, you are part of the problem), but you can always lead by example. You can be the change you want to see in the world. And you can do that by giving the hardworking waiters and bartenders and baristas of the world a fair tip.

But what's fair? It's pretty simple. There is, of course, the 20 percent rule of thumb, and that's not a bad one to live by. Always leave at least this much at a restaurant. And when in doubt, round up. But what if, you're thinking, my steak wasn't exactly how I like it? How much should I leave then? Twenty percent. But what if my waiter seemed distracted? Are you a baby? Leave 20 percent. But what if I don't want to participate in an antiquated system that reinforces companies' refusal to pay workers a living wage? Give a 25 percent tip in that case, but don't punish the waitstaff for the problems of capitalism.

How about at a bar? One dollar per drink, right? Wrong. One dollar is fine on a $5 beer. Anything other than that deserves at least $2. The 20 percent rule applies at bars, too. Plus, if you're smart, you'll always tip your bartenders well, because they are far more likely to give you on-the-house drinks than a waiter is to send out free food. Not that the point of tipping is for the customer to get free stuff, but still. The perk of being a good person is that karma, when it comes to tipping and only tipping, is real.