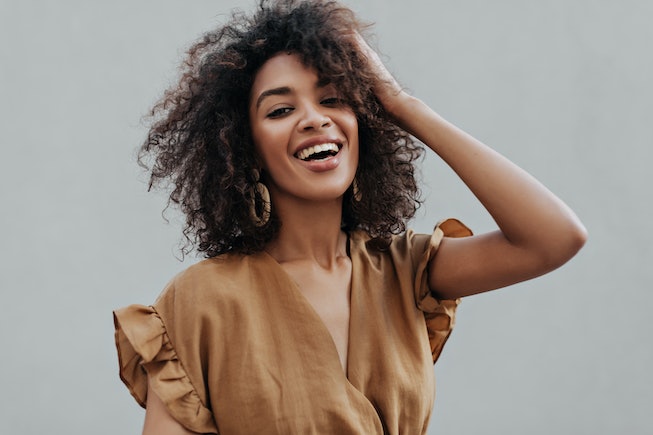 I felt ashamed about having a period for a long time. From hiding pads and tampons in my shirt sleeve to apologizing for needing to leave work early because of a visible "accident" that made its way through my jeans, I carried that shame well into adulthood. That was until I started sharing my experience with endometriosis and fibroids for the world to read — talking about my period and the debilitating pain associated with it has helped me reframe how I see periods in general. Like me and menstrual activists, Midol is on a mission to make periods a sorry-free zone.

In their quest to shift the conversation, Midol created a safe space to speak with menstruators across generations and hear their personal period apology stories in a "No Apologies, Period" video.

Notably, the survey uncovered that three in five menstruators under the age of 40 have apologized for their period. Many in this group have also apologized for their body's reaction to cramps and fatigue, for bleeding onto clothes, canceling plans, and having to miss school or work. Not to mention, the large majority of those who participated — 64% to be exact — have apologized for being moody or having mood swings caused by hormonal shifts in the body.

On top of menstruation stigmas that permeate our experiences, there are also generalized gender disparities when it comes to saying sorry. You’ve likely heard that women apologize more than men, and research indicates that to be true. A pair of studies found that women apologized more than men, largely because they were more likely to view their behaviors as offensive. One hypothesis as to why: The socialization of young girls that often teaches them to smile, be nice, and be accommodating.

Additionally, we’re often taught that men are smarter than women. The New York Times reported on this unsubstantiated claim in 2017, citing that it can be projected onto girls as early as the age of six. And a recent study from the Journal of Experimental Social Psychology revealed that nearly 75% of people surveyed in 78 countries still associate brilliance with men not women. Midol believes that change is necessary and possible, but only if society acknowledges the implicit bias women — and in this case, menstruators — face.

Midol’s mission is helping dismantle menstruation stigmas to make periods a sorry-free zone. Only by creating an open dialogue, listening to real stories, and relaying resources can the real shift in behavior begin. It’s a leap in the right direction of normalizing the narrative for future generations. Join in on the #NoApologiesPeriod movement, and stop asking for forgiveness for one of life’s most natural and uncontrollable occurrences — your period.