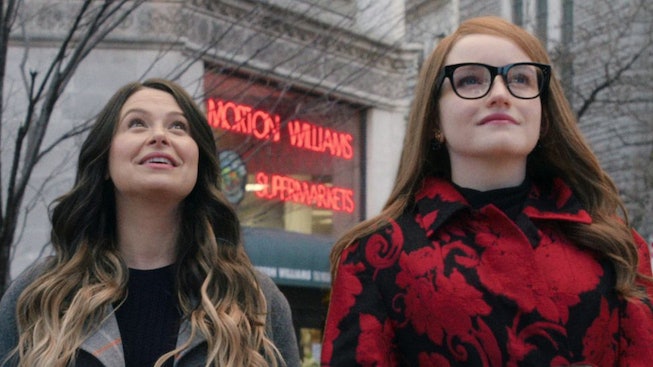 There’s a lot of finger-pointing when it comes to the Anna Delvey saga. Sure, the disgraced fake heiress may have scammed New York’s elite out of hundreds of thousands of dollars, but her friends and colleagues were also pretty darn willing to let her take them for lavish trips and meals on her dime (even if the dime was fraudulent)! For all her scamming, Delvey has always been a sympathetic character, which is partly why the whole tale is so salacious and intriguing in the first place. Now, in a checkmate move of accusations, it’s Netflix who is under fire for how they decided to tell Delvey’s saga in Shonda Rhimes’ Inventing Anna — not from Delvey but from Delvey’s ex-friend Rachel Williams.

Williams, a former Vanity Fair photo editor, wrote the first piece on Delvey, in a first-person essay for the magazine titled “As An Added Bonus, She Paid For Everything: My Bright-Lights Misadventure with a Magician of Manhattan.” She has since also optioned her unwritten book to HBO.

In regards to Netflix, Williams is upset that her portrayal in Inventing Anna was that of a freeloading, quasi-scamming friend who only drops Anna after she can’t pay for anything. In the series, Rachel accepts lavish trips and dinners from Delvey. When the two go to Morrocco, Rachel has to foot the bill on her Vanity Fair company card when Delvey’s cards get repeatedly declined. Unable to pay back the money, she gets fired from her job and turns Anna into the police.

“This action will show that Netflix made a deliberate decision for dramatic purposes to show Williams doing or saying things in the Series which portray her as a greedy, snobbish, disloyal, dishonest, cowardly, manipulative and opportunistic person,” states the complaint, filed in Delaware federal court.

Williams did not stop being friends with Sorokin because Sorokin was having problems in Morocco, but rather because she subsequently discovered on her return to New York that Sorokin was a liar and a con artist whose statements and promises had induced Williams to incur liabilities of around $62,000 on Sorokin’s behalf were false, and who only reimbursed her $5,000 despite numerous promises to reimburse her $70,000 to account for the full debt and any late fees incurred.”

“Netflix purposely used my real name, and real aspects of my life, to create a totally false and defamatory characterization of me,” Williams told The Hollywood Reporter. “The truth matters and portraying real people requires real responsibility. I am filing this lawsuit to hold Netflix accountable for its deliberate recklessness.”

What is real vs. fictionalized feels like a moot point when it’s a fictionalized retelling of a story that actually does have more questions than answers. The series takes a wild guess at Delvey’s upbringing, for example, in an episode where the journalist writing her story travels to Germany in a storyline that that is mostly conjecture. Fully aware of this, the disclaimer at the beginning of each episode reads: “This story is completely true. Except for the parts that are totally made up.”

Defamation cases are famously difficult to win because you have to prove actual malice — which Williams is arguing applies here because they could have fictionalized her character. They also allege that Netflix was purposely trying to ruin her reputation because she had “chosen to play for the other team, i.e., HBO.” Please, keep the streaming wars out of this!

“The reason why we have had to file this lawsuit is because Netflix used Rachel’s real name and biographical details, and made her out to be a horrible person, which she is not,” Rufus-Isaacs says. “The devastating damage to her reputation could have been avoided if only Netflix had used a fictitious name and different details. Why didn’t they do this for her, when they did for so many other characters in the Series?”