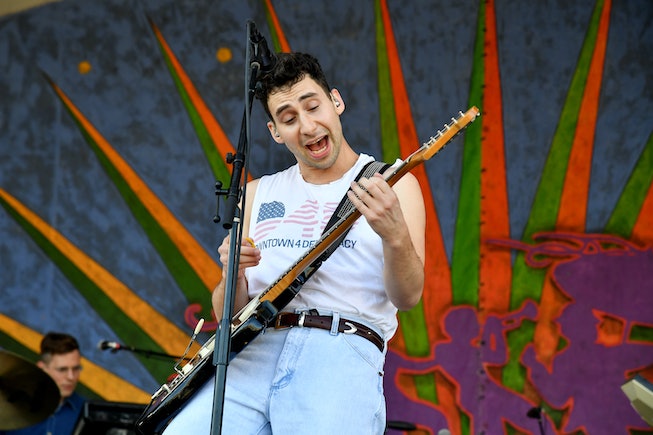 If you want to be friends with Jack Antonoff, you better prepare yourself to have some noncynical opinions about his band Bleachers. In a new interview with Rolling Stone, the producer and musician reveals he sends music to his trusted inner circle: Lana Del Rey, Lorde, and Taylor Swift, the holy trinity of emotive white women pop singers, and Bruce Springsteen. (Probably because they are both from the state of New Jersey.)

“I get opinions from [those] I respect, love, and believe are honest and noncynical,” he tells Rolling Stone.

When asked who is in his feedback group, he says:

...some artists like Lana. I always play some for Ella [Lorde]. Taylor, of course. Bruce [Springsteen] is deeply in the group. I played him the whole record the other day. We took a drive and listened to it. If I was trying to make an album that everyone in the world was supposed to like, I would ask everyone in the world, but I’m trying to make an album that’s for my people. So I’m playing it for my people.

If you’re wondering what that group text looks like, the Internet has some ideas:

Antonoff also revealed the novelist and essayist Zadie Smith personally helped him write “91,” the opening song of his upcoming album Take the Sadness Out of Saturday Night, out July 30. He says he showed her the song and she helped me “frame it.” He doesn’t remember how they became friends, but said it was “remarkable, because I’ve never worked with someone who wasn’t in music.”

Emotional labor, friendship or mutual career building? As long as they keep popping out the hits — who cares!