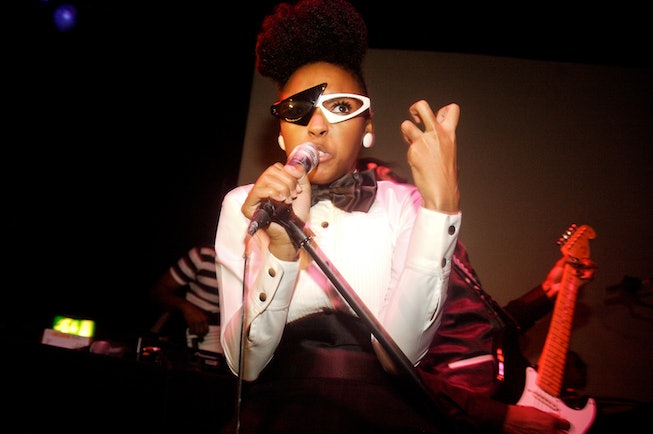 Janelle Monáe is once again expanding her empire: not with a clothing line or a podcast, but by making a jump from sci-fi, cyberpunk albums to science fiction with a capital F, announcing the release of a collection of short stories called The Memory Librarian: And Other Stories from Dirty Computer. The title directly references her 2018 album Dirty Computer, which features an Afrofuturistic world that the book will expand upon. The book is set to publish in April 2020, and will be in collaboration with several authors.

According to Harper Voyager, The Memory Librarian “explores how different threads of liberation — queerness, race, gender plurality, and love — become tangled with future possibilities of memory and time in such a totalitarian landscape... and what the costs might be when trying to unravel and weave them into freedoms.”

The singer and actor has long been affixed to the high-concept sci-fi genre, famously telling Rolling Stone in 2010 that she only dates androids, creating a cyber alter-ego, and building a fictional universe within her discography. (Also, see her collaborations with known sci-fi superfan, Grimes.) In 2018, she released a short sci-fi film accompanying Dirty Computer, which she called an “emotion film.”

Monáe is also the inspiration for Far Sector, the popular Afrofuturist comic book by N.K. Jemisin, which had its latest installment release in February.

“It is a dream to have the opportunity to expand 'Dirty Computer' into a literary project,” Monáe told The Bookseller. “Writers, specifically Black, queer and genderqueer, are at the forefront of pushing the creative boundaries of sci-fi and speculative storytelling. I'm honored to be collaborating with a new generation of creators as we expand this tale, that began with an album and emotion picture, into a larger world of new and familiar characters.”