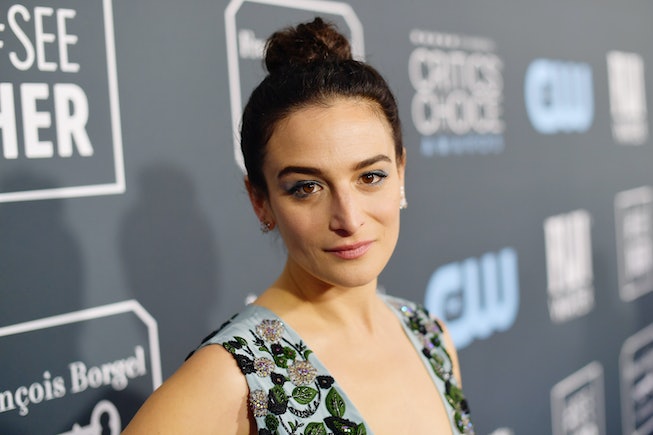 A gem of early YouTube virality, the stop-motion video Marcel The Shell With Shoes On — which now has 32 million views — told the story of an odd little mollusk who experiences loneliness, wears lentils as hats, has a pet lint named Allen, and lives with his grandmother Connie. The character and his precious little world, created by comedian and actor Jenny Slate and her ex-husband turned creative partner Dean Fleischer Camp, is coming to the big screen. Slate, naturally, is thrilled.

“[Creating Marcel is] like I'm putting a hand down into the richest, darkest part of my psyche and trying to pull out the thing that I really want people to see about me, and what I'm like, and how I think, and what I need, and it comes out this way,” Slate said in an interview with Marie Claire. “I really, really, really value it.”

In the film, which debuted at Telluride Film Festival this fall and was acquired by A24, Marcel and Connie were once part of a community of shells but are the only ones who survived a mysterious tragedy. In a kind of meta-story, a documentary filmmaker discovers the mollusks in his Airbnb and posts a film about them that brings Marcel millions of fans, along with new dangers and hope at finding his family.

Since the video first went viral in 2010, Slate’s been approached constantly by people wanting to adapt the story — often in ways that run counter to its essence. Slate said that execs always wanted to pair Marcel with a guy. “We were always pretty turned off by the ways that people figured that it should be changed,” Slate said. “It was always [pairing Marcel with] a guy: ‘He's best friends with this tall guy.’ It was just like… ‘This isn't ... Why would you do that?’" fortunately, Slate found financing and was able to make the film with full creative control.

Part of that creative control allowed Slate to make a film that was largely improvised and involved an outline over a full script. First, the cast — which, along with Slate and Rossellini, reprises her role as Connie, also includes Rosa Salazar, Thomas Mann and Lesley Stahl — recorded a largely improvised audio-play, then created a storyboard with dialogue and then shot live-action sequences and then overlayed that with stop-motion.

The effect is something that feels entirely Slate’s own, she told Marie Claire. “I really like it,” Slate said in the interview, of the finished project. “Have you ever just— God, I'm so hungry for something, and you make it, and it's just what you want?”

There’s no word yet on when we can expect the wide release of Marcel The Shell With Shoes On, but in the meantime, revisit the sweet little shell’s original video, below.