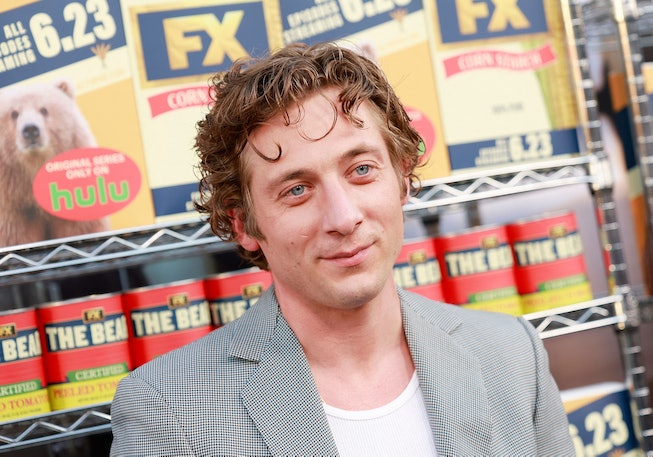 Jeremy Allen White became the internet’s biggest crush this summer for his role as Carmy, a tortured yet talented chef prone to alarmingly attractive bursts of anger, in FX’s The Bear — eliciting an animalistic-like devotion from many a fan. Those fans included a number of Hollywood’s elite who suddenly wanted to wine and dine White: Kathryn Bigelow invited him to lunch; Dustin Hoffman wrote him a handwritten letter.

“I definitely feel like I’m taking a step up,” White told GQ for the magazine’s Man of the Year issue, “which is a scary feeling for sure.”

Among this burst in interest came scripts — four of which notably coming from A24, a co-sign that all but solidifies the actor is as current as it gets. The winner? The Iron Claw, for which White is putting on 40 pounds of muscle to play wrestler Kerry Von Erich, whose career was derailed after a motorcycle accident that caused his right foot to be amputated. Sundance favorite Sean Durkin is directing, and Zac Efron and Harris Dickinson will star alongside White.

“There’s something human about never feeling like you are really your own man,” White said in the interview, of the role. “All great drama is about family, whether it’s blood or not. It’s about acceptance, it’s about belonging, and just getting away from loneliness.”

Among the items that came through White’s desk? A letter White described as “really lovely,” from Efron, which said: “Get training, eat, keep doing what you’re doing, stay hard.” (I have questions...)

The sudden deluge in invites was a shock for White, who had a lead role on Shameless for the eleven years and — if you have read any of his many, many profiles — is considered an extremely normal guy with a penchant for biking and American Spirits. In his latest interview with GQ, he takes the interviewer to the bar where he once slammed his head into the mirror in his 20s, glass shattering everywhere. “I have one hundred percent heard that story,” the bartender chimed in. “I forgot it was about him!”

“When the show came out, the phones started to ring,” White said. “It was just like instant attention. I felt like that pretty girl who just hadn’t taken her glasses off yet.”

The glasses are certainly off now — and alongside The Iron Claw, which is set to release sometime in 2023, White will also star in Apple’s sci-fi romance Fingernails alongside Riz Ahmed and Jessie Buckley. And of course, he’s said “yes chef” to another season of The Bear.