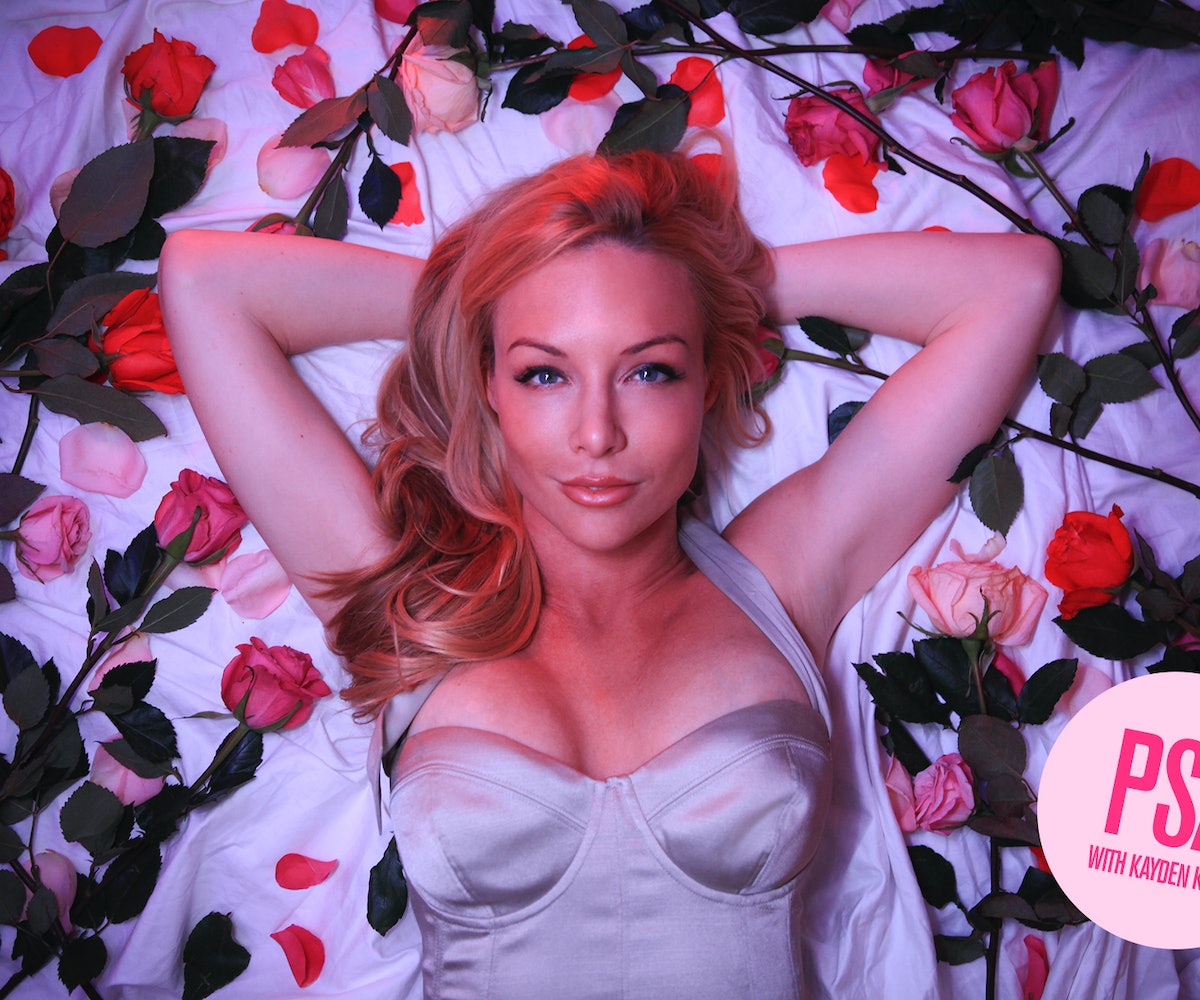 Question: Hi Kayden! Long-time fan here. I've always wondered, what is your stance on circumcision? Obviously, Manuel [Ferrara, Kross' partner on-and-off set] has an uncut penis. Did you always enjoy working with natural guys or did Manuel win you over? If you ever had a son would you cut him or leave him with his foreskin?

Answer: Ah, genital mutilation. I guess it was only a matter of time before it came to that. I only take a small-to-medium stance on this issue. It is something akin to my feelings on piercing the ears of an infant. Sure, they’ll forget it. Sure, it’s probably less of a thing when they’re infants than when they’re older. Sure, they’ll still blend in with society—and maybe even blend better with it than without it. But! They were given no choice in the matter, and if a piercing is something they really wanted as they came into an age where these questions weighed on them, then haven’t you, as the preemptive parent piercer, deprived them of some sort of rite of passage?

Having spoken to many, many men on the subject of circumcision, I’ve learned exactly this: Men who are circumcised are mostly grossed out by all things uncircumcised, and men who are uncircumcised feel mostly bad for those circumcised guys. I’ve met a few who have jumped philosophical dick camps, though. For example, I dated a guy who was circumcised, and was so pissed off that his parents took that liberty with him—thus depriving him of the extra bit of sensation he would have had if left intact—that he wore a device that was designed to stretch out the skin where his foreskin would have been in an attempt to regain his lost bit of self. After three years, it was determined not to work, but that story is for another day.

Conversely, having spoken to many women on the subject of circumcision, I’ve learned exactly this: eh.

Personally, would I circumcise my hypothetical son? The answer is no. I am not of a religious culture whose tradition that belongs to, but I’m also not living in a time when it provides any sort of health advantage. The "health advantage" explanation ran something along the story line that intact foreskins created a bacterial Eden, because they provided a situation that was damp, warm, and hidden from view, in a time when showers were unregulated and STDs were a death sentence. Today, those arguments don’t stand up very well under closer inspection.

There’s also something about circumcision helping to spread the seed of Abraham, but I think that guy’s line is doing just fine. We live in the age of penicillin, showers, and also, slightly related, atheism. Therefore, regardless of what origin stories you believe in about the practice of circumcision, they don’t quite apply.

Lastly, let’s talk about the cons of male circumcision. The big one that I’m aware of is a difference in sensitivity. Some men don’t want to be more sensitive. (This fact can be verified by the wide variety of sexual training tools available on the market designed to combat the problem oft referred to as a Quick Trigger.) Conversely, other men wouldn’t mind feeling even more when their dicks got tickled. To each his own.

As a woman, my feelings are related to personal comfort and take nothing earlier described into account. Uncircumcised dicks contribute to the lubricated feeling we’ve all come to enjoy during sex. That’s what I like about them, plain and simple. That said, I’m a lot more attached to the man harboring the dick than I am to the dick harboring the man. I love my uncircumcised man, but if he were cut, that overflowing love would lube me up just the same.

Q: Dear Kayden, my husband and I started out when we were teenagers as close friends who occasionally had phenomenal no-strings-attached sex together. We both dated around a lot through high school and the beginning of college. As we entered our twenties, we slowly became exclusive, eventually getting married and starting a family. We continue to have a great relationship, sexually and otherwise. That is why I was surprised recently to find that his porn repertoire is mostly two men and a woman, or gay. I'm pretty open, so I was simultaneously turned on and disappointed that he never mentioned this to me as an interest. When asked, he told me that it wasn't really anything he wanted to try, just something he likes to watch. Is that even possible? I feel like maybe he brushed over it because he got embarrassed. I want to talk more about it because obviously there is some element he finds interesting and, to me, new interests equal even more fun in bed! How do I get him to talk about it without making him feel self-conscious?

To not answer your question at all: maybe! My answer to your entire paragraph is maybe. On the one hand, it’s entirely possible to watch some sort of fancy pornography without having any active interest in trying it. I can name at least ten incredibly specific activities that I’ve watched people do to each other with a sexual bent that transfixed me in the moment but did not have the slightest chance of bleeding over into my personal reality. I can also name at least three things that look interesting and that I would maybe try if feeling particularly exploratory, but that I assume is a secret naughty desire than an interest in a real-life run-in setting. Some things are not meant for sunlight. Finally, I can name at least one thing that I’m pretty seriously into, but I would never ask my partner to do with me because that would mean admitting the thing to my partner in the first place. I’ve also known a few handfuls of lesbians who are self-confessed fans of a little male-on-male action who absolutely, under zero circumstances, would be open to a dick in the butt, or even in the room, for that matter. So you see how this is a maybe.

He might very seriously want to see more dicks in the room, or he might be telling the truth about being content to leave it on the screen. The truth is not something you can force out of him, and if you question whether he’s telling the truth in the first place, you might only stir up anger or resentment. People, as a rule, don’t like to be held under suspicion that they’re not telling other people the truth about who they are, sexually speaking. The best you can do is let him know in no uncertain terms that you are a willing and able partner if he’d like to venture into that territory. Otherwise, just continue to be his partner in everything else.