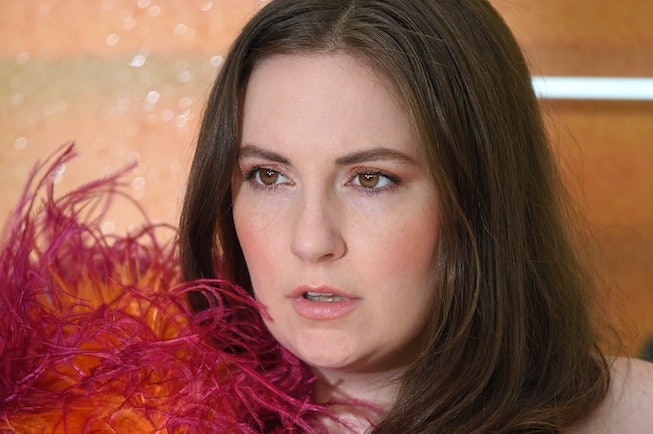 We’ve entered a golden era of Italians in pop culture — and in this Sopranos-resurgence, House of Gucci-laden world, none other than everyone’s favorite controversy-prone writer is getting in on the conversation. Lena Dunham is writing and executive-producing Mob Queens, along with The Wire and Boardwalk Empire producer Dennis Lehane, which is currently in development for HBO Max, Deadline reports. The show marks another notch in Lena’s HBO belt, after the success of GIRLS and the not-success of Camping. It’s her first writing work since an episode of HBO Max’s Generation this year, which she also executive-produced, though she did recently direct a music video for her now-husband Attawalpa that spoofs the cringe of Instagram relationships.

Mob Queens will tackle some domestic issues of its own, telling the story of mob wife Anna Genovese of the Genovese crime family — one of the New York/New Jersey areas notorious Give Families — who broke Cosa Nostra law when she testified against the illegal dealings of her husband in divorce hearings. She revealed he’d been involved in illicit substance trafficking and illegal gambling, among other dealings, which is a crazy bold move. If you’ve ever seen The Sopranos, you know what happens to rats. (But also — don’t dare scorn an Italian woman!) The combination of Lehane’s work with sometimes mindnumbingly addicting and complex crime dramas and Dunham’s penchant for writing unlikeable characters? HBO execs’ wallets are getting fuller by the minute.

Here’s everything we know about the limited series so far.

It’s based off a podcast

The series is based on the podcast of the same title, from Stitcher, which was created and hosted by RuPaul’s Drag Race writer Michael Seligman and Bring It On writer Jessica Bendinger. It’s tagline is “Mob stories are usually all about the guys. But not this one,” and explores Genovese’s life in 12 episodes, including her time in the New York drag club scene, as “a self-styled entrepreneur and bad-ass mob wife.”

Get ready for 1930s drag queens

We don’t know much about the details of the plot yet, but the show will also touch on Genovese’s role as fixture in the Village’s drag bar scene in the 1930s.

Ruth Wilson is set to star

Ruth Wilson, best known for Jane Eyre and His Dark Materials, is set to star as Genovese, and will also executive produce the series.