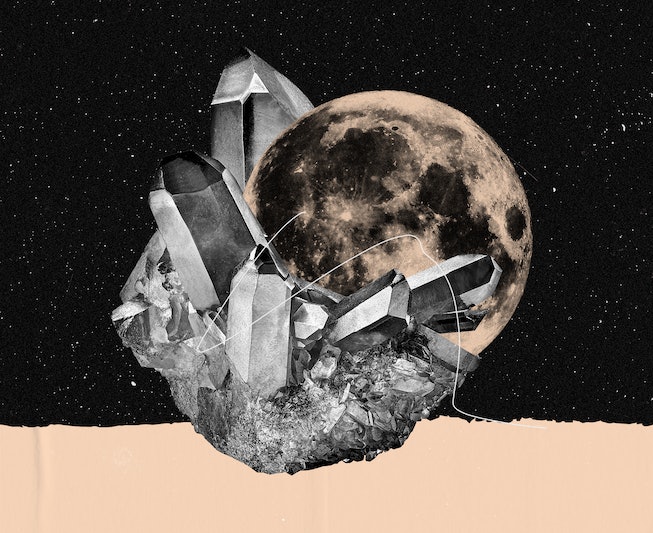 On the night before Mars shifted into retrograde motion, the moon was in Gemini, the sign of The Lovers, and the Eastern night sky was grey cloud cover. On a rooftop in Brooklyn, eating Chinese food in the dark, my friend and I strained to see the stars. What we found, the brightest star over us, was Vega — a star in the Lyra constellation. In our star-finding app, we were told that this constellation was so named after the lyre of Orpheus. The text spoke of his musical gift and his travels with the Argonauts. What it didn’t mention was the story of Orpheus that so many of us know, the one where he travels to the Underworld to bring back the love of his life, Eurydice, charming the God of the Dead with his song.

A story about the price of looking back, Orpheus’s journey is not only evoked but mapped over the whole of Portrait of a Lady on Fire — the last movie many of us saw in American theaters before quarantine. In the movie, the artist, her subject/lover, and their maid spend a candlelit night reading the tale aloud. When Orpheus looks back and turns Eurydice into stone, the woman who is being painted muses that Orpheus has made “the poet’s choice” rather than the choice of the lover: preferring the memory of Eurydice to Eurydice herself. In many ways, the movie’s characters make the same choice — although one could argue they had no other choice to make — and, like Orpheus, they commit themselves to their memories of each other.

Looking back is a large part of a retrograde period, which often signals a time of restraint and reflection. Mars is a planet of action, of initiative or conflict, and a Mars transit through Aries makes these qualities even more so. Not incidentally, Mars is also a planetary influence associated with sex drive and the ways we go about getting and giving what we want. Fighting and f*cking are two sides of a hot coin, and any Martian worth their fire knows how to flip the coin in their favor. A Mars retrograde period, however, is not a great time to go about flipping coins and reacting. Rather, it is time for reigning in our fiery impulses, a time for looking at the coins in our hands and asking if the options we’re working with are the options we want.

Mars in Aries retrogrades from 28 degrees back to 15, appearing to backtrack over what was once its shadow period, calling us to sit with the actions we’ve taken in our lives since July 25 of this year and the direct results of those actions. How have your daily commitments changed over the month of August? Your relationship to your sexual self? Your relationship to working through and within conflict? Are there things you wish you could have done differently, and are you willing to learn a new approach? Is there space within you for a new way to access your sexual self? Is there desire to do so?

On a larger scale, we can think about the last time Mars was retrograde, in June of 2018 in Aquarius, the sign of the collective. Looking back on that retrograde period (June 26 - Aug 27, not including shadow), we’re tasked with remembering who we were then vs. who we are now. Are there behaviors, ways of being, ways of wanting, that were natural to you then that feel unwelcome/purposeless now? Have your ambitions and your drive changed? Toward what end? The work that followed 2018’s Mars retrograde in the sign of the collective prepared us for this year’s Mars retrograde in the sign of the self, which lasts a stultifying two months — shifting into direct motion a week after U.S. presidential elections, in case you need another reason to vote early — and invites us to get clarity on our impulses and what drives them.

Here, on this side of the cycle, the uprisings against police brutality don’t wane, just as police brutality doesn’t wane, but coverage of the uprisings does. So, the ones in the streets must act as each other’s witness and each other’s guard. Here, the Western sky is filled with smoke and the prison population exploited to fight fires are sidelined by a pandemic they were not protected from. These are also stories about Mars, about the intimacies of war. Here, electoral politics becomes a stand in for the real work of conflict resolution — the work of repair. As we walk into the Underworld within us, as we dive down to retrieve what we know about our own desire and drive, we can’t forget that our action or inaction is also part of these stories. To walk toward the future is to fall out of love with the past, even as we take it with us. Under these stars, we can make the lover’s choice or the poet’s choice about who we get to be, as lovers and as a country.