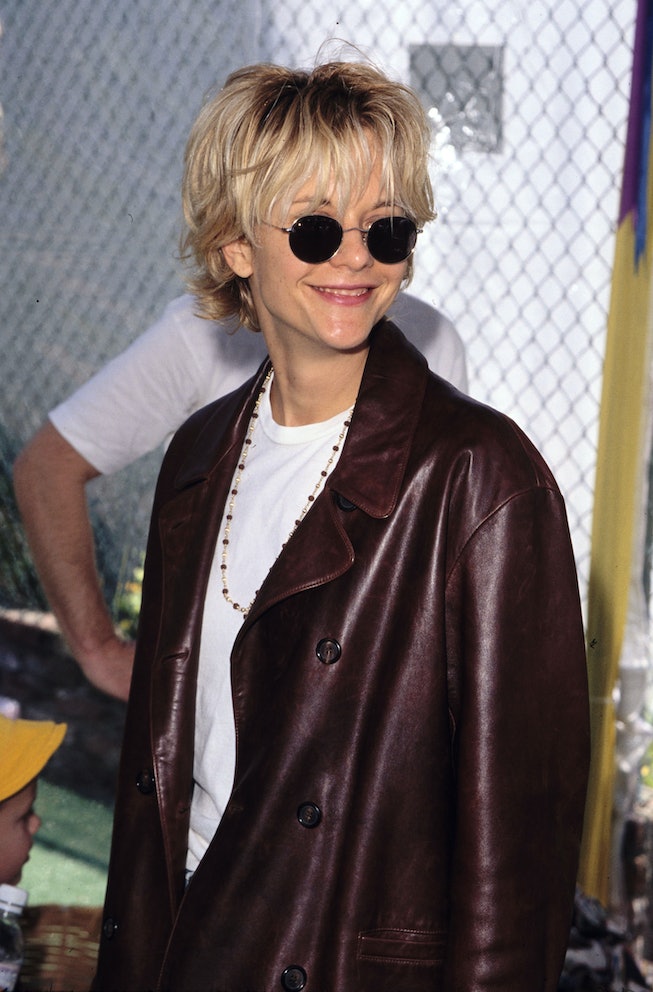 A master of cozy, sophisticated style and Nora Ephron rom-coms of the 1990s, Meg Ryan is the fall fashion icon of the moment. The actor is best known for her seminal roles as ingenues in movies like You’ve Got Mail and When Harry Met Sally that heavily feature New York City, nice guys in sweater vests, and long monologues about love, that have come to define the romantic comedy genre.

Right now, the culture is rightfully recognizing Ryan’s icon status. The actor is taking over fashion mood boards one wool coat at a time — with her characters’ style having a moment on TikTok, where creators are dubbing this season “Meg Ryan Fall.” Users are showing off sweaters, neck scarves, big glasses, and menswear-inspired pieces inspired by her timeless 90s looks. (P.S. NYLON put together some outfit ideas so you can have your own Meg Ryan fall.)

While you’re browsing Depop for sweater vests, read on for nine cozy Meg Ryan films to stream right now, from the quintessential rom-com When Harry Met Sally (ft. the iconic Katz’ Deli fake orgasm scene) to the criminally underrated drama In The Land of Women (ft. our favorite underrated actor Adam Brody as her love interest).

Maybe the greatest rom-com of all time, Ryan and Billy Crystal are two people who keep running into each other at different times of their lives, where they constantly contend with the question: “Can men and women ever really be friends?” To which this movie answers: “Nah.” Take notes on Ryan’s expert fall layering and wool bowler hat. (HBO Max)

Based on a play of the same title, Ryan stars in this rom-com alongside Alec Baldwin that’s actually an allegory for the AIDS epidemic. In the film, Ryan’s character’s soul gets switched with that of an elderly man. Also, she rocks a beret! (Hulu)

Ryan plays Annie Reed, a journalist who becomes entranced with Tom Hanks after, at his son’s prompting, he expresses on a radio show how much he misses his deceased wife. All you need to know about this movie is there’s an iconic scene where she and Tom Hanks have to prove their love by meeting at the top of the Empire State Building. Worth the $40? Yes! (Hulu)

Ryan and Andy Garcia have an amazing life and a beautiful family. All seems perfect until her alcoholism spirals out of control, in this drama about addiction and codependency. It’s on the heavier side, but we love to see her tackle an angsty role. (Amazon Prime Video)

Ryan is wonderfully self-effacing in this film where her ex fiancé leaves her for a woman in Paris. She chases after him and instead falls in love with her driver (Kevin Kline). Bonus points for excellent use of white tank tops, white collared shirts, sweater vests, and navy blazers. The only problem? This film is unstreamable!

A love story for the early days of AOL, Ryan and Hanks team up again, this time to play rival business owners who are unaware they’re having an affair over email, in what is a precursor to every modern catfishing Internet dating story. HBO Max.

Nicholas Cage plays an angel whom only Meg Ryan can see. A match made in… heaven? Purgatory? He helps her be less of a workaholic and she tries to explain to him what pears taste like in this bizarre love story where the mortal and spirit worlds converge. Spooky! (Amazon Prime Video)

NEXT UP
Culture
Jenna Ortega’s Childhood Hobbies Included Animal Autopsies
Culture
Remember When Gossip Girl Made The Quintessential Thanksgiving Episode?
Culture
A Third Princess Diaries Film Is In the Works
Culture
The White Lotus Will Return For A Third Season