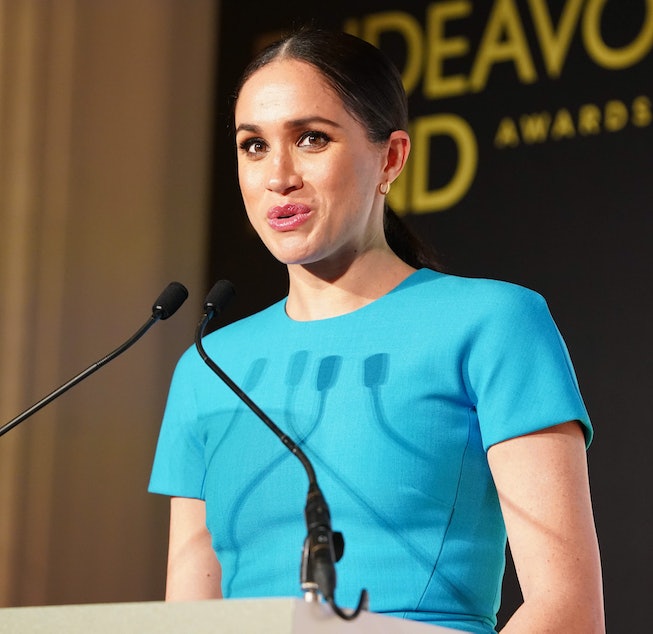 The silver lining of the class of 2020 graduating under the most stressful global circumstances imaginable is that famous people are clawing their way for the chance to be a virtual commencement speaker. The latest class has already had A-list and typically pricey speakers like Oprah, President Obama, Chromatica resident Lady Gaga offer words of advice and knowledge. Now, you can add the Duchess of Sussex, Meghan Markle to the list. On Wednesday she spoke to her alma mater, Los Angeles' Immaculate Heart High School, urging the class of 2020 to use their voice to speak out against police brutality and racial injustice in the United States.

“I remember rushing back home, and on that drive home, seeing ash fall from the sky,” Markle recalled in her speech. “I remember seeing men in the back of a van holding guns and rifles. I remember pulling up to the house and seeing the tree that had always been there completely charred. And those memories don’t go away.”

She empathized with the graduating class, acknowledging the realities of the extremely broken world the graduates are entering. “I can’t imagine that at 17 or 18 years old, which is how old you are, that you would have to have a different version of that same type of experience," she explained. "That’s something that you should have an understanding of, but an understanding of as a history lesson, not as your reality.”

Markle has been vocal about the racism she's experienced as a biracial woman. Her husband, Prince Harry, recently condemned the British media for their racist, smear coverage of Markle, saying that she had been “subject to a wave of abuse and harassment.”