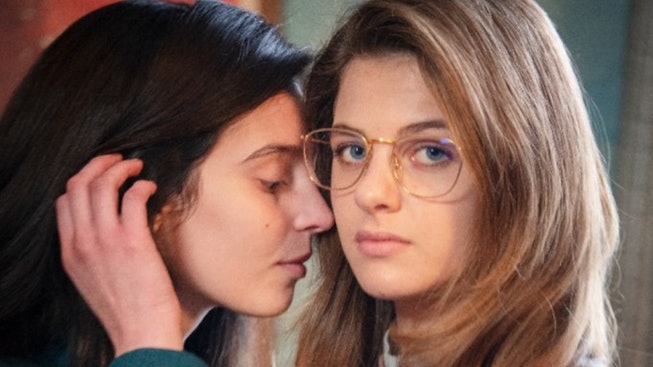 My Brilliant Friend is one of the best book-to-screen adaptations I’ve ever seen. It does justice to Elena Ferrante’s gorgeous, violent, emotionally dense story about Elena and Lila, two girls growing up in post-war Naples, by elevating the story with New Wave-style shots of Italian landscapes and quiet, vulnerable moments from its stars Gaia Gerace (Lila) and Margherita Mazzucco (Elena), who bring the subtext of the emotional story to life by simply glancing at each other.

Seasons 1 and 2 correspond to the first and second books of Ferrante’s four-book Neapolitan Series, which follows Lila and Elena and their divergent journeys, as Elena is allowed to go to school and Lila is forced to work in her father’s shoe shop and marry into one of the town’s criminally connected families at 16. Season 3 follows the third book in the series Those Who Leave and Those Who Stay and was unveiled during an online press event in Rome this week ahead of its February 6 Italian premiere. It premieres on HBO on February 28.

Find everything to know about Season 3 of My Brilliant Friend so far, below.

Season 3 corresponds to the third book in the series

There will be eight episodes adapting Ferrante’s third novel in the series, Those Who Leave and Those Who Stay, which is set in the 1970s and takes place between Naples, Pisa, Florence, and Urbino.

The changes between Lila and Elena have reached a new peak

In one of the saddest books of the series, Lila has left her husband and is working in a sausage factory under brutal conditions while raising her young son. Meanwhile, Elena has gotten her college degree, published her first successful novel, and married into an academic family.

The third season will have a new director

While the first two seasons were directed by Saverio Costanzo, the third installment is directed by Italian auteur Daniele Luchetti. According to Variety, Luchetti’s take references U.S. indie cinema of the 1970s, specifically the works of John Cassavetes, who directed A Woman Under the Influence.

“I’ve always been a film buff and am very taken by how John Cassavetes worked with actors,” Luchetti told Variety during the shoot. “In tackling this season, even though I had very well written dialogues, I tried to put the main actors in a situation where they had more freedom — the type of freedom that is born from American cinema of the 1970s,” he said.

He continued: “We worked a lot on subtexts, on building character, on the character arcs. I even got special staff to train the actors, so that something unexpected could happen on set, which is what cinema in those years did: put the spectator in front of something unexpected.”

One of the challenges of Season 3, Luchetti says, was that Gerace and Mazzucco are 18 years old but playing characters much older than them. There was speculation in Italian press that the actors were too young to play the roles, which Luchetti shut down.

“First of all, it was important to stick with the same [physical] characters. But also [the actors have] grown. There is a visible maturity in their expressions, in their attitudes,” he told Variety. “We have made the most of this wonderful enrichment that Gaia and Margherita bring, and also other characters. It’s not a fallback solution; it gives more depth. We see them grow live on screen.”

The trailer, which HBO released in early February, shows the rising tension of Elena trying to outrun her social class by marrying a professor and Lila getting more physically and mentally ill as she works in the horrific conditions of a sausage factory, along with dramatic scenes of communist uprisings and the unfortunate return of Nino Sarratore. Those Who Leave and Those Who Stay doesn’t hold back.

Watch the full trailer, below.

This article was originally published on Jan. 26, 2022